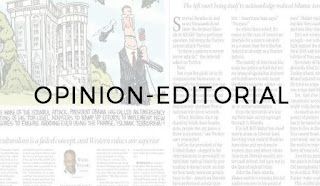 We have little sympathy for criminals in the first place.

But there’s something especially repulsive about a person who would prey on the most helpless in our society - children, the elderly and the disabled.

Maxine Donaldson, 53, pleaded guilty Monday in Richmond County Superior Court on charges stating she did precisely that: neglecting older and disabled folks under her supposedly competent supervision and, on top of that, siphoning off financial benefit from them.

The charges spanned two cases - neglect of an elderly person; operating an unlicensed personal care home; and 13 counts of exploitation of an elderly person. In a plea deal, Judge Daniel J. Craig sentenced Donaldson to 15 years in prison and five years on probation.

She was arrested first in 2017 for the exploitation part - specifically, stealing $25,000 from a 69-year-old Alzheimer’s patient she looked after. We hesitate to say that Donaldson actually “cared for” this vulnerable man.

It’s been an ongoing mission in our state legislature for several years. In 2013, for example, lawmakers had the wisdom to pass House Bill 78, which shifted the state’s elder abuse laws into the criminal code. That now gives law enforcement greater authoritative muscle to respond to reports of abuse.

Last year, one of the bills lawmakers passed enabled district attorneys statewide to form special teams to respond to suspected cases of abuse, neglect or exploitation. The Augusta Judicial Circuit already had that - the local Crimes Against the Vulnerable and Elderly task force. That’s the group of investigators that ferreted out the unlicensed care home in the Donaldson case.

As America’s population grows grayer, we find ourselves more often relying on other people to help look after our older loved ones. Some people just don’t have the time or the ability to give their senior relatives the comfort and care they deserve.

That often means seeking out smaller personal care homes, especially if you don’t have deep enough pockets to pay for accommodations in a larger, more professionally operated assisted living facility. And these homes need to be safe and secure.

Thanks to increasingly tougher Georgia laws, seniors who deserve special care are getting better protection against the unprincipled leeches out to do them harm.