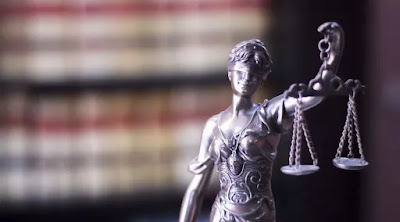 Winston-Salem, N.C. – A woman who embezzled from an older person for whom she was a caretaker pleaded guilty to federal charges on Friday, February 8, announced United States Attorney Matthew G.T. Martin for the Middle District of North Carolina.

“We should honor our elders, not steal from them. Ms. Schneider abused her position of trust as caretaker. We will aggressively pursue those who commit such acts,” said U.S. Attorney Martin, adding, “I commend the Department of Treasury Task Force, NC SBI, and AUSA Chut who worked diligently to make sure this defendant is held accountable for exploiting a vulnerable victim and abusing the trust of the victim’s family.”

According to court documents, Schneider began caring for the victim in 2010 and continued to do so until the victim’s death of natural causes at the age of ninety in 2013. During this time, family members of the victim, who visited almost daily, became concerned about Schneider’s involvement in the victim’s finances. In September 2011, a family member instructed Schneider to provide monthly copies of all bank and credit card statements. Schneider complied, but after the victim’s death, the family discovered that the account statements Schneider provided had been altered to remove or conceal transfers of funds to Schneider. In total, Schneider embezzled approximately $370,000 from the victim.

Schneider’s main source for converting the victim’s funds to her own use involved the victim’s credit card. Schneider transferred funds from the victim’s deposit and investment accounts to overpay wildly the credit card by tens of thousands of dollars. Schneider then converted this money in two ways. First, she made numerous unauthorized purchases on the card, including paying for spa treatments, travel, college tuition, dining, and expensive shopping sprees at department stores. Second, Schneider used a direct transfer feature of the credit card to transfer over $100,000 to her personal bank account.

Schneider knew that she was not entitled to these funds and not authorized to make these transfers.
The sentencing is set for July 18, 2019, at 9:30 a.m. in Winston-Salem. Schneider faces up to thirty years in prison, a fine of up to $1,000,000, and supervised release of not more than five years following release from prison. At sentencing Schneider will also be ordered to pay restitution.

I am glad she pleaded guilty as that will save the taxpayers.