Nick in the AM: Former Tazewell public guardian accused of stealing from clients 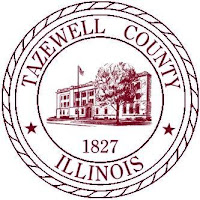 Criminal charges are uncertain, but the former Tazewell County public guardian faces professional sanction after being accused of tapping clients’ funds for his personal use.

Pekin-based lawyer Matthew J. Stropes withdrew about $32,000 from the bank accounts of three people whose finances he was overseeing, according to a complaint from the Attorney Registration and Disciplinary Commission of the Illinois Supreme Court.

The complaint was filed Nov. 20. A hearing is to determine Stropes’ culpability and discipline, if warranted.

A pre-hearing conference was scheduled for Feb. 5. No hearing date has been scheduled.

Umholtz confirmed he’s aware of the commission complaint against Stropes.

Public guardians are appointed for adults who require help in administering their estates. Among clients are the developmentally disabled, mentally ill and elderly people who have disabilities.
The primary victim of Stropes’ alleged malfeasance sustained $20,955.21 in losses, according to the commission.

On three occasions between December 2013 and July 2016, Stropes was accused of writing checks, payable to himself, from the victim’s account at the former Herget Bank in Pekin.

Stropes also was accused of transferring electronically $2,917.71 from the victim’s account to his own. That alleged transfer took place in May 2018, about 14 months after the victim died.

In connection with those withdrawals, Stropes was accused of filing a false accounting report. An executor of the victim’s estate stated Stropes had paid himself unauthorized guardianship fees.

Another Stropes client lost $6,787.50 when the attorney allegedly transferred that money electronically to a Morton Community Bank account he had opened in the name of the first victim.

In October 2016, Stropes was accused of an electronic transfer of $2,500 from the Morton Community Bank account of a third victim. Stropes was alleged to have transferred an additional $2,000 in March 2017.

Disbarment, suspension, censure and reprimand are among punishments the commission can authorize, according to its website. As of Wednesday, Stropes’ law license was active.

Full Article & Source:
Nick in the AM: Former Tazewell public guardian accused of stealing from clients
Posted by NASGA