Poland Township man sentenced to house arrest for bilking elderly woman out of $99,000 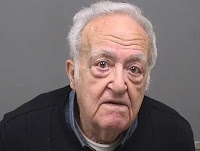 A Poland Township man accused of bilking an elderly woman out of nearly $100,000 pleaded no contest to securities fraud Tuesday.

83-year-old Nicolas Pupino was indicted in December 2019 on charges of securities fraud and forgery after allegedly telling the woman that her money would be invested into accounts with a known insurance companies to pay for future nursing home expenses or to pass on to her beneficiaries.

According to the release, Pupino added his name to the investment checks after they were signed by the victim so he could deposit them into his account.

Pupino was sentenced to six months of house arrest and paid $55,474.14 during sentencing, the amount of the theft left to be repaid.