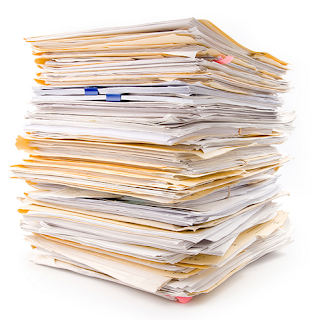 An examination of more than 20,000 guardianship cases in the New Mexico court system uncovered more than 2,300 ongoing cases that were labeled “closed” even though the incapacitated person involved was still alive.

Under new legislative, and judicial adult guardianship and conservatorship reforms, those mislabeled cases have since been moved to open, active status, a senior attorney with the Administrative Office of the Courts told a guardianship reform committee Tuesday.

“This allows for the judge assigned to be able to do ongoing monitoring,” Patricia Galindo, senior staff attorney at the Administrative Office of the Courts, told the committee.

But it wasn’t clear Tuesday whether any incapacitated person may have fallen off a judge’s radar while their case was labeled “closed.”

Galindo said she understands annual reports typically were still being filed by guardians and conservators in such cases.

Judges rely on such reporting to ensure the welfare of the incapacitated person, who relies on guardians to make daily living and other decisions, and on conservators to handle their finances.

But that isn’t usually true in guardianship or conservatorship cases, which can sometimes run for years.

They generally end up closed when the incapacitated person has died or the guardian or conservator is no longer needed.

With the AOC review of guardianship and conservatorship cases, a total of 5,816 are now open and active, Galindo told the committee.

The review, which covered the period of July 2018 to June 2019, was part of a “clean up” to account for all guardianship and conservatorship cases in the system, some that dated back to 1947.

The case review was one aspect of a multiyear reform of the system mandated by the state Legislature and the judiciary.

Even before her appointment to the Supreme Court in January 2019, Bacon as a district court judge in Albuquerque advocated for enhanced transparency and accountability in the traditionally closed adult guardianship system.

She said she had heard in recent years that some court clerks around the state would close such cases once a petition for guardianship or conservatorship was granted by a judge and a guardian or conservator appointed. That occurred even though regular reports are supposed to be filed each year about the incapacitated person’s welfare and finances.

“We knew that (cases were being closed) when we were doing our big push in the Legislature (for reforms),” Bacon said. “We knew there were cases that were mislabeled.”

Asked whether some judges may have lost track of incapacitated people as a result, Bacon told the Journal, “Judges can only speak to what they’ve learned about their own cases.”

“When I was doing the case review and I was still at the district court, I was relieved to find out that nothing had gone horribly sideways.”

Bacon said she kept a spreadsheet of her guardianship and conservatorship cases to ensure every incapacitated person was accounted for.

Judges themselves, not court clerks, must keep track of when inventories of property, and annual reports and 10-year reviews are due.

Bacon on Tuesday said she believed plans to educate court staff on the reforms failed to include “incredibly important” training for judges.

She pointed out that some 40 new judges have been appointed in New Mexico in the past two years the reforms have been enacted.

In the busiest state courts, judges average some 1,200 to 1,300 cases. Only a small percentage involve guardianships or conservatorships.

New judges, she said, may not realize the kind of “red flags” that can surface in annual reports. They also might not know what questions to ask of a guardian or conservator to ensure the welfare of the incapacitated person or to identify financial improprieties.

“It is a disservice to my colleagues and to the public if we don’t make this (training) really coordinated and uniform so we are ensuring everybody gets the same information,” she told the committee.