Son Sets Mom’s Caretaker on Fire Over Relationship with Stepfather 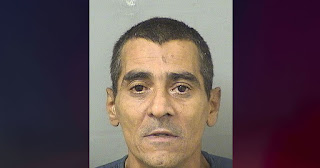 A Florida man allegedly set his dead mother’s caretaker on fire over suspicions of a romantic relationship between the victim and the man’s stepfather, according to the Palm Beach County Sheriff’s Office.

Palm Beach County Sheriff’s deputies responded to a house fire in Lantana on Nov. 30. Paramedics found a woman on fire outside the burning house. She was hospitalized in critical condition with second- and third-degree burns covering her body.

Deputies detained Luis Quinonez, 53, at the scene. According to an arrest report, Quinonez said his mother had recently died and that her caretaker — the woman injured in the fire — had recently moved back in. Deputies said Quinonez believes the caretaker began sleeping with his stepfather, which enraged him.

Quinonez allegedly stormed into her room in the house, poured gasoline all over her bed and ignited it with his lighter, according to the arrest report.

Deputies said Quinonez and the woman did not have a relationship since she had lived there but that he expressed he loved her and “wished he had killed” the stepfather instead.

Quinonez was arrested and charged with attempted first-degree murder with a deadly weapon.

The Palm Beach Post reports neighbors said they saw a woman running from the home covered in flames, and as a neighbor grabbed a hose, witnesses said, Quinonez took it away, and instead of dousing the flames on the woman, Quinonez focused the hose on the engulfed residence.