Probate judge among those accused of looting dead man's house 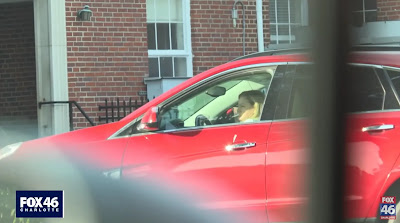 Tammy Bullock, now a probate judge in South Carolina, was among a group of people filmed entering the house of a man who had died hours earlier and leaving with his stuff. Cash, guns and other property were reported missing after the man's former associates were caught on camera turning over his property and openly discussing how they might prevent heirs from getting their hands on it. All the while, the dead man's wife, suffering from dementia, was in the house.
Part of the fun is that it's a small town and officials are in on the wheeze. So it's a classic battle of outsiders and a few virtuous locals armed with the facts—and the footage—against the town's corrupt establishment, armed with the levers of power.
Here's part 2 of the 30-minute segment.
And here's the latest update, about the judge being investigated over the looting—and getting detained after allegedly pointing a gun at someone and threatening to kill them. She was inexplicably cited with a traffic violation instead of charged with a crime, a bizarre twist that makes perfect sense when you see that the police chief is a child too dumb to do anything but what he's told.

Great investigative journalism out of Charlotte, however unlikely it is to have a happy ending for the victims. And it's Fox, too, which means the segments have titles like FINAL DISRESPECTS and WHEN PROBATE JUDGES ATTACK.