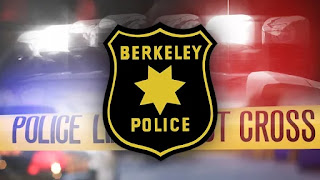 BERKELEY, Calif. (KRON) – On June 17, two individuals were assaulted by a 34–year old man in downtown Berkeley and a nearby business was damaged, the Berkeley Police Department said. Police arrested the suspect after the second incident and the Alameda County District Attorney’s office charged him with robbery, vandalism, and elder abuse causing bodily injury on Monday, June 20.

At noon on Friday, officers responded to an assault and robbery incident inside a McDonald’s. The suspect had taken a customer’s eyeglasses and cell phone, then proceeded to punch her in the face after she attempted to regain possession of her belongings, BPD said. The victim was able to retaliate before the suspect ran from the establishment.

The second assault took place on the 1600 block of Shattuck Avenue shortly after the first incident. A 78-year-old-man was struck in the head by the suspect with a construction hardhat, according to BPD. Responding officers detained the suspect in the area of Francisco Street and Shattuck Avenue.

Berkeley Police Officers confirmed that the suspect damaged a trash can and sanitizer dispenser at Cupcakin Bake Shop on Shattuck. He also damaged a passing vehicle by throwing a brick at it.