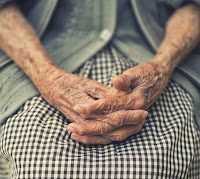 Memory care units and other specialized senior housing is meant to keep those with dementia or Alzheimer's safe.

But advocates say family members and other loved ones need to be aware that abuse can happen and that they need to be mindful of signs that could show reason for concern.

Elder abuse in general is under reported, and abuse of those suffering from cognitive disorders such as dementia can go even further under the radar, senior advocates say. “Too often different kinds of abuse don’t get reported," said Lori Smetanka, executive director of Consumer Voice, a nonprofit advocacy organization for those in long-term care.

Last month in Bucks County, the Pennsylvania Attorney General's Office charged two former managers of an Upper Southampton senior care facility with failing to report that one of the residents sexually abused three other residents. All four residents suffered from dementia.

The AG's office said that the two managers were required by law to report the first incident to authorities, and had that happened, the later two incidents most likely would not have occurred.

Advocates say it is important for people to be vigilant with their loved ones and be aware of possible resources available to them.

Stopping and responding to the abuse, Smetanka said, continues to be a real problem. But there are things the facilities, staff members or guests can do to crack down on the abuse.

Smetanka said loved ones visiting their relatives at facilities should keep an eye not only on them, but others to see if there are any signs of abuse. Residents of these facilities who are not suffering from cognitive disorders are encouraged to do the same.

“Having more eyes and ears on what’s happening ... often generally just benefits everyone involved," she said.

Signs of abuse among that population could include a change in demeanor, such as if a resident appears withdrawn or afraid.

Julie Schoen, deputy director of the National Center on Elder Abuse, said looking into possible abuse should go beyond talking to a caretaker, but also speak to the residents themselves and look for signs.

“We need to get people to take that extra look and talk to them," she said.

Additional checks on residents may be necessary in these cases.

“It’s better to try to get to the bottom of it and find out what’s happening," Smetanka said.

She noted there was an incident at a different facility where a patient claimed her "boyfriend" was coming into her room every night, something that staff members did not believe. It turns out someone with a cognitive disability was going into that resident's room and abusing her, according to Smetanka.

“We have to take things seriously," she said.

Bucks County Deputy District Attorney Mary Kate Kohler, who is on the DA's Elder Abuse Task Force, said signs of physical abuse can be unexplained injuries or repeated bruising. Signs could also be sexually transmitted diseases, unexplained discomfort or bruising in private areas, or the victim being withdrawn, embarrassed or depressed without a logical explanation.

If a caretaker is the one talking for them and not leaving when a loved one is around, that could also be a sign.

Kohler also encouraged people to err on the side of caution and report suspected abuse to either an area agency on aging or local police department.

Loved ones should check in with their relatives, because that establishes to potential perpetrators that this person has someone they can confide in, according to Kohler. It also establishes a baseline behavior for that person should something seem off.

Smetanka said facilities should have policies in place for staff to be able to handle incidents like the ones at the Upper Southampton facility. It is crucial, she said, that staff members are trained to spot and handle abuse when it happens.

They should also be aware of protecting and preserving evidence if they do suspects abuse so they do not clean the scenes of any abuse and potentially get rid of key items.

“Which then prevents any sort of action from taking place," Smetanka aid.

Low staffing levels can exacerbate the issue, as nurses and other staff members may not be able to see everything that is happening.

“They’re not paid well, they’re not given the respect we should give people caring for our loved ones," she said.

The ones who are at facilities are typically handling many residents and can't always have eyes on everyone, they said.

If nurses and care facility staff see abuse, they should be reporting it. In some cases they are mandated to do so. In the case of the Upper Southampton facility, staff anonymously reported the incidents to the state after the managers allegedly failed to do so.

McTigue, of the Bucks County Area Agency on Aging, said protective services can get involved if someone reports the abuse.

“Anybody who reports in that system, their name is strictly confidential," he said. "It’s almost impossible for anybody to get it."

Schoen noted that said some staff may feel like their jobs are at risk should they report abuse. She said while anonymous reporting is not as effective as putting a name to it, any report will help and prompt a visit from the necessary entities.

Another crucial component of abuse prevention is an ombudsman, a state-certified advocate for residents at senior living facilities

Schoen said residents most likely are not aware that they can contact an ombudsman to help with a variety of issues. They also make unscheduled checks of facilities to make sure they are doing things appropriately and residents are not having problems.

They inform residents of their rights, work with residents to resolve issues about their quality of care and help with appeals to changes in services, transfers or discharges, according to Bucks County.

Preparing to move to an assisted living facility

People should be educated about where they or their loved one could be moving into, Schoen said. She encouraged people to look at reports on nursing homes online, and compare facilities.

If possible, try to volunteer at one before deciding on a location, to see what it would be like to live there. Schoen also said going in during lunch time to see how residents are being treated can also be helpful.

She recommended people start planning for moving to a facility ahead of time, if possible.

Kohler said if possible, people should insist on a facility whose policy it is to not allow one-on-one care during bath time and/or in areas where there are no cameras, such as in the room. She recommended looking into a facility that has cameras and does background checks on all staff.

Kohler said residents should look into whether personal cameras are allowed in loved ones rooms, if that loved one agrees to it, to monitor all interactions.