Update:
Wichita Police Department detectives were notified by Harvey County Sheriff's Office deputies that they had located the vehicle belonging to Mr. Marcus Booker. Mr. Booker, who had been missing since Saturday, January 17th, was deceased inside his vehicle on a county road north and west of Hesston. WPD homicide detectives who traveled to the scene say foul play is not suspected. Both Wichita Police detectives and deputies from the Harvey County Sheriff's Office continue their investigation into his death.
Missing Man Found Deceased in Car 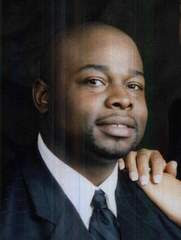 KS - Police are asking for the public's help in finding a 30-year-old man who hasn't been seen since January 17th.

Police say Marcus Booker last contacted his family in the afternoon on the 17th when he sent a text message to them indicating that he might harm himself.

A man fitting his description was seen that same day at the Kechi Township Cemetery in the 6500 block of N. Hillside. Kechi police officers found blood at the grave of Booker's grandmother.

A Harvey County Sheriff's Deputy was dispatched to a field north of Newton where someone found a cell phone which belongs to Booker.

Tips can also be sent via cell phone text message by texting the word TIP217 followed by the tip to the number 274637 (CRIMES), or by submitting a tip online at the Crime Stoppers website, http://www.wsccs.com/

may he rest in peace

I hope they find him.

You are doing a good service in posting this kind of article and helping with publicity to find him.

Although it doesn't look very promising. We just have to hope.