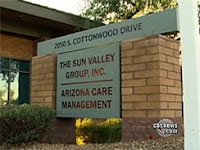 Two weeks after one of Arizona's largest fiduciary firms abruptly announced it was closing, its owner told a Superior Court judge that media-fueled hype about its practices was to blame.

Death threats, costly legal bills and untenable insurance hikes forced the company to cease operations, according to a motion Friday by lawyers for the owner of the Sun Valley Group.

Sun Valley has for 15 years been among the private fiduciaries appointed by the Maricopa County Probate Court. 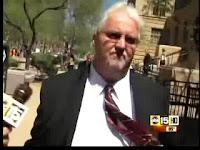 On Friday, his [Owner Peter Frenette's] attorneys told the court that the company originally planned on shutting down over the next eight months as a result of "significant business strain" from defending itself from frivolous lawsuits, "inaccurate and abusive media reports" and death threats to employees that resulted in an inability to staff cases.

Lawyers wrote that long-term plan was disrupted Jan. 28 when Sun Valley learned that its insurance would be canceled and that premiums were to increase nearly seven times their historical rates.

Hey! They made enough money to retire! Maybe we can guardianize them!

Whatever forced it was Godsent.

The title "Shattered" makes me smile ear to ear.

I hope the replacement company is paying close attention here.

Bring on the Hype! Media exposure is the best medicine the wards could receive.