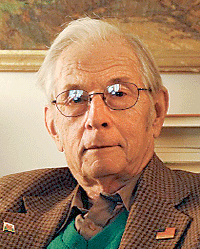 A 74-year-old man fighting a Medicaid-related eviction order might not have to move because the homeowner died and willed her house to him, an attorney said.

Alma Ruth O'Brien, 94, had shared her Northwest Side home with Murrell Lewis for nearly 38 years and planned to leave him her entire estate.

But because she went into a nursing home in 2009, O'Brien's court-appointed guardian said Lewis had to buy the house, pay rent or leave so that it could be sold to comply with Medicaid asset rules.

"They're going to have to close the guardianship, and I assume (Lewis will) be named executor," Belinky said. "It's a little weird right now."

She has said that Lewis made matters worse by refusing to cooperate with her and with adult protective services, which started an investigation after a doctor said that O'Brien's health was deteriorating under Lewis' care.

Belinky said he isn't sure how much money is owed to Medicaid, the program that pays for health and nursing-home care for the poor and disabled. He and Lewis say it might not be much, as O'Brien had a monthly income of about $5,000 in retirement and insurance benefits and so barely needed Medicaid.

Attorney fees and other costs from the guardianship likely would need to be paid from the estate.

Email ThisBlogThis!Share to TwitterShare to FacebookShare to Pinterest
Labels: Lawyer, Medicaid, Ohio, Will

How much was the guardian able to grab here?

Caregiving is the hardest and most draining job in the world. It's also the most rewarding.

Yes, her wishes should be honored.