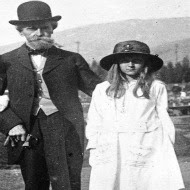 Huguette Clark, the Montana copper mining heiress who died in New York last month at 104, has left most of her $400 million fortune to the arts - wealth from the Gilded Age that produced the Rockefellers, Astors and Vanderbilts.

According to her will, obtained by The Associated Press on Wednesday, Clark gave to Washington's Corcoran Gallery of Art a prized Claude Monet water-lily painting not seen by the public since 1925.

The Manhattan district attorney's office is looking into how Clark's affairs were managed while she spent the last two decades of her life in a hospital, a virtual recluse, people familiar with the probe have said. Before that, she lived in the largest residence on Fifth Avenue - 42 rooms.

The people spoke on condition of anonymity because they are not authorized to speak publicly about the probe.

The daughter of one-time U.S. Sen. William A. Clark left instructions for the creation of a foundation "for the primary purpose of fostering and promoting the arts," according to the will prepared and signed in 2005, when she was 98.

About $300 million will go for the arts, including the 1907 Monet from his famed "Water Lilies" series, which is worth tens of millions of dollars, said attorney John Dadakis, of the firm Holland & Knight.

He filed the seven-page document Wednesday in New York's Surrogate Court on behalf of the co-executors of Clark's estate, her longtime attorney, Wallace Bock, and accountant Irving H. Kamsler.

Email ThisBlogThis!Share to TwitterShare to FacebookShare to Pinterest
Labels: Montana, New York, Will

What do her two bosses get?

You mean the two who kept her in seclusion in a HOSPITAL for two decades?