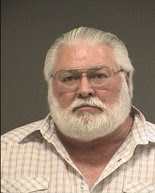 A Washington County grand jury indicted Robert A. Browning, 66, on seven counts of first-degree criminal mistreatment, a felony, said Capt. Mike Herb, a Forest Grove police spokesman. The case, Herb said, will be prosecuted by the state's Department of Justice because Browning's served as an attorney in Washington County so long.

When Browning resigned as judge from North Plains in January, he alluded to a possible investigation in his letter to the city. The investigation by police, the justice department, the state adult protective services program and the Oregon State Bar began in July 2010,Herb said. 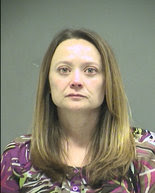 Amy Jeanine Moore, 40, a secretary at Browning's law firm, was also arrested Friday on charges of identity theft and fraudulent use of a credit card. Authorities learned of Moore's alleged criminal activity during their investigation of Browning, Herb said.

Moore's charges stem from her use of a credit card that belonged to a deceased client of the law firm, police said. Transactions using the credit card occurred in June and July 2010, police said, about a year after the client had died.

Browning and Moore both turned themselves into detectives at the Washington County jail Friday, Herb said. They will be arraigned Sept. 20.

Yet another bad attorney...

Another example of Wahington County politics and the corruption that occures on a large scale in their probate courts. Generally people dont get "busted" on their first crime...how many other lives did he destroy prior to getting "caught"??