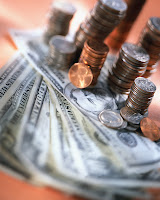 A former county attorney from northeast Kentucky was disbarred Thursday for paying voters to cast ballots for him in a 2006 election and then lying about it to a grand jury.

The Kentucky Supreme Court found that one-time Bath County Attorney Donald A. "Champ" Maze's conduct proved so egregious, he should be permanently banned from practicing law, even though he had no prior disciplinary record.
Chief Justice John D. Minton, writing for the court's majority, said Maze abused a position of power and trust by using his office to corrupt both the voting process and the judicial system.
"Any layperson should know better, and so much more should a lawyer with over 20 years of experience, 12 of which included prosecuting criminals as the County Attorney," Minton wrote.

Vote buying? I didn't think people did this in this day and age.