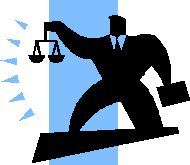 A veteran Contra Costa County judge disciplined twice by a state legal watchdog agency has been publicly admonished for meddling in a case in which his son failed to comply with a court order that he perform volunteer service.

The state Commission on Judicial Performance said Tuesday that it had reprimanded Superior Court Judge Bruce Mills for "engaging in judicial misconduct" by having private conversations with court staffers on his son's behalf. The panel voted 10-0, with another Contra Costa County judge on the panel abstaining.

The commission said it decided against more severe discipline, such as ordering Mills' removal from the bench, because the judge "was acting as a concerned parent."

The commission also said it had heard testimony from witnesses describing Mills as "hardworking, conscientious and fair."

But the panel - made up of three judges appointed by the state Supreme Court, two attorneys named by the governor and six members of the public named by the governor, a state Senate committee and the Assembly speaker - revealed that this was not the first time Mills had been disciplined for using his position as a judge to bypass normal channels on behalf of his son.

In 2011, Mills received an "advisory letter" for allowing his son to accompany a police officer executing a search warrant the judge had signed "without going through the ordinary application process for going on a ride-along," the commission said.

Mills' attorney, James Murphy, said Wednesday that he is "outraged" by the commission's decision and said the special masters - three judges who investigated the case and turned over their findings to the panel - had concluded that his client's actions were improper but did not constitute misconduct.
"Judge Mills never requested any favors," Murphy said. "I don't think the judge obtained due process."

The case that led to Mills' reprimand began in October 2010 when his son, who was a juvenile, was cited for illegal possession of tobacco. He pleaded guilty to an infraction in March 2011 and was ordered to perform 20 hours of volunteer service, but did not complete the work after enrolling in an out-of-state treatment program, the commission said.

A hearing on the youth's noncompliance was scheduled for October 2011 in the same Walnut Creek courthouse where his father worked.

On the day of the hearing, the commission said, Mills spoke with court clerk Jane Sims and later with Helen Peters, a temporary judge hearing the case, asking that his son's out-of-state program count as credit for the volunteer work that he had been ordered to do.

The panel said the resolution "was not more lenient than likely would have occurred" if an attorney for Mills' son had appeared in court before Peters.

More than an appearance!

They can't resist but use their power. And what else do they do and get by with?