Life and Death in Assisted Living: They're Not Treating Mom Well

When the ambulance crew arrived, about 8:20 p.m., Joan Boice was in the TV lounge, face-down on the carpet. Her head had struck the floor with some velocity; bruises were forming on her forehead and both cheeks. It appeared she’d lost her balance and fallen out of a chair. 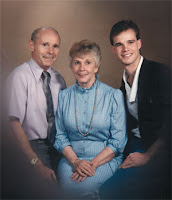 But no one at the assisted living facility could say precisely how the accident had occurred. No one knew how long Joan had been splayed out on the floor. She had defecated and urinated on herself.
Worried that Joan might have injured her spine, the emergency medical personnel gently rolled her over and placed her on a back board. They pumped oxygen into her nostrils.

No Emeritus employees accompanied Joan to the hospital. And even though Joan’s husband, Myron, was living in the facility, the Emeritus workers didn’t immediately alert him that Joan had fallen and hurt herself. Joan, confused, injured, and nearly mute, ended up in the local hospital by herself, surrounded by strangers.

California law requires assisted living companies to conduct a “pre-admission appraisal” of prospective residents, to ensure they are appropriate candidates for assisted living.

But Emerald Hills took Joan in without performing an appraisal. It wasn’t for lack of time. The Boices had signed the contract to live at Emerald Hills more than two weeks before Joan moved in.

Full Article and Source:
Life and Death in Assisted Living:  They're Not Treating Mom Well

I saw part 1 and am very grateful for this series. Our elderly deserve better!

I agree. This story is heartbreaking and should get the public's attention. If we are to change things, the first thing we need is awareness.