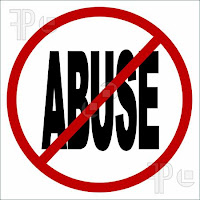 More than 7 in 10 with disabilities say they’ve been abused, according to a new national survey, and in many cases individuals say the problems occur repeatedly.

In what’s believed to be the largest survey of its kind, over 7,200 people with disabilities, family members, advocates, service providers and other professionals were polled between May and October 2012.

The findings, released this week, suggest that abuse of people with disabilities is widespread across the country and often overlooked.

More than 70 percent of those with disabilities polled said they had been abused and over 60 percent of family members indicated that their loved one with special needs had been mistreated.

In about half of cases, victims said they experienced physical abuse. Some 40 percent reported sexual abuse and nearly 90 percent of those who said they had been violated indicated they were verbally or emotionally harmed. Neglect and financial abuse were also frequently cited.

“Too many people are abused too much, with very little on the response side to help in the aftermath,” said Nora J. Baladerian, director of the Disability and Abuse Project, which conducted the survey. “The extent of abuse is epidemic, and the inadequate response is disturbing.”

Among those who were victimized, more than 9 in 10 said they were abused more than once with 57 percent indicating they had experienced mistreatment more than 20 times, the survey found.

Incidents of abuse were not reported in about half of cases and even when authorities were alerted, survey results indicate that arrests were made only about 10 percent of the time.