A call for action on elder abuse, retirement security as White House launches forums on aging 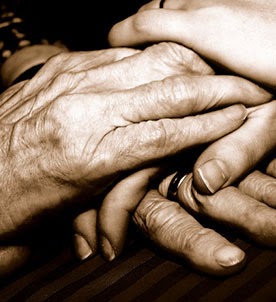 TAMPA, Florida — Amid a profound shift in America's demographics, advocates for seniors pressed Thursday for changes on long-term care, retirement security and elder abuse as the White House launched a series of forums on aging.

The session in Tampa was the first of five nationwide that will mold the topics addressed later at the White House Conference on Aging, a once-a-decade meeting that has led to change on everything from senior housing to Social Security.

Geriatric social worker Monica Stynchula of St. Petersburg said she hopes for a national caregiver policy to supplement the Family and Medical Leave Act, which she called "grossly inadequate."
"We need something that goes beyond that," she said. "It's happening in each of our families today. It's just too important."

The first White House Conference on Aging in 1961 helped lay groundwork for Medicare and featured addresses from President Dwight D. Eisenhower and President-Elect John F. Kennedy. Four succeeding conferences in the decades that followed led to other legislation affecting seniors and the creation of the Senate Special Committee on Aging.

This year's events come as baby boomers — the 78 million Americans born between 1946 and 1964 — are moving into old age. But decades of stagnancy on key issues facing older adults and the perception of a paralyzed Congress left some participants skeptical about what change the White House conference could actually stir.

Kathy Black, a geriatric social worker and professor at the University of South Florida at Sarasota-Manatee who attended the forum, said the conference might be more a symbolic gesture than an agent for change. Aging advocates, she said, are not only dealing with a dysfunctional Washington, but a public skeptical of government overreach and a host of other national problems that garner more attention amid relatively austere budgets.

"I don't have high expectations about what policy goals might be accomplished for older adults in the next decade," Black said, "though the needs are great."

However, Cecilia Munoz, director of the White House Domestic Policy Council, said she believed the issues being raised could yield bipartisan support.

"These are issues that are very deeply personal as well as deeply nonpartisan," she said. "The notion that we should be focused on things like retirement security and long-term care and healthy aging simply should be beyond partisan politics."

Bevan Rogel of Tampa said the discussions are useful even if they don't bring major legislation, simply to get people talking about the issues and debating solutions.

"We don't always have to look to the president or our Congress to solve the problems that we have in our world," said Rongel, founder of Encore Tampa Bay, which helps people transition into new jobs later in life. "We can look to our local communities, to our state government."

Other forums are planned for Phoenix on March 31, Seattle on April 2, Cleveland on April 27, and Boston on May 28. A date for the formal White House meeting has not yet been set.

Guardianship abuse needs to be included!!!