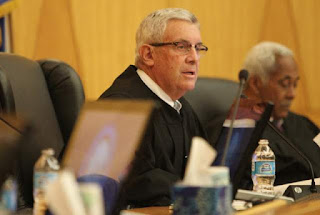 The Nevada Supreme Court named 23 people Friday to a panel aimed at reforming and improving the state’s guardianship system, according to a Friday news release.

Longstanding problems with the system that handles about 8,500 adult guardian­ship cases in Clark County each year were exposed in a series of Review-Journal articles published in April. Cases high­lighted by the newspaper showed a lack of oversight by the courts, such as failing to require guardians to file annual accounts of a ward’s finances even though it is required by state law.

Supreme Court Chief Justice James Hardesty petitioned to form the panel last month. The panel will listen to public testimony and make recommendations about the system.

The first meeting of the panel will be held in mid-July, the release said.

I am so please to see victim advocates on the panel, most of all Rana Goodman!

Progress! Applause and standing ovation to the Nevada Supreme Court of Nevada for making this happen. Now if only other states would open their eyes and come out of denial by taking long overdue actions to correct the wrongs that have been underway for decades and decades.

Thank you! Rana Goodman for your sacrifices, hard work and dedication to this cause.

Rana will be a voice for families and wards. I'm so happy she's on the panel too!