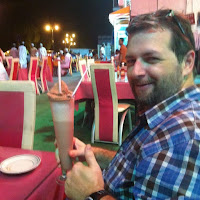 Chris Dunn, 46, was admitted to the Texas Medical Center hospital in early October after a diagnostic scan at a Pasadena hospital revealed a mass on his pancreas. In mid-November, Dunn's family was apprised that the hospital had done all it could do and that, unless another facility could be found to treat him, life-sustaining care would be discontinued. A legal challenge to the Texas Health and Safety Code led to continuation of such care, which Dunn was receiving at the time of his death.

"One month after Houston Methodist Hospital determined that Chris' life was not worth living and that his condition was not even worth diagnosing and treating, Chris succumbed to his illness," said Melissa Conway, spokeswoman for Texas Right to Life, which had advocated for Dunn's continued treatment.

"While we cannot share private health information, Houston Methodist and the Dunn family were awaiting a decision by the court regarding guardianship and who is authorized to make end-of-life medical decisions for Chris," he said. "We understand how difficult it is when a loved one is gravely ill and medical decisions must be made."

Joe Nixon, the Dunn family's attorney, said the hospital sought guardianship over the sick man on Dec. 3, hours before the court was to deliberate on a family petition seeking to stop the hospital from discontinuing care. While no formal injunction was issued, the judge mandated that the hospital continue life-sustaining care while the guardianship issue was resolved, Nixon said.

A provision of the Texas Health and Safety Code, which outlines procedures for advance directives in life-threatening medical situations, calls for a review by ethics or medical committees when an attending physician refuses to honor a patient's advance directive or a health care or treatment decision made by or for the patient. If the committee, in essence, determines requested care is futile, an effort can be made to transfer the patient to another facility. After 10 days, the physician and hospital are not obligated to continuing life-sustaining treatment.

In Dunn's case, the hospital committee was composed of physicians, nurses, social workers, chaplains and a medical ethicist.

In a Dec. 2 video, Nixon asked Dunn, whom he described as "conscious and alert" whether he wanted to continue to live. Dunn nodded slightly and made a gesture indicating prayer.

FOR IMMEDIATE RELEASE: Texas Right to Life mourns the passing of Chris Dunn
Posted by NASGA

So, it's once again a question of money first. To heck with Mr. Dunn....instead the Ethics Committee looked out for the hospital.

This is so wrong. Thank you, Texas Right to Life, for trying to help Mr. Dunn.

what is so sickening is these doctors think they are God. You have a medical degree. Period. Somehow so many doctors think that makes them superior. As is true with all fields, there are very, and I mean, very, few exceptional physicians. The rest are mediocre at best. Nothing in your medical training qualifies you to make moral and ethical decisions for another human being. This hospital should be avoided at ALL costs.