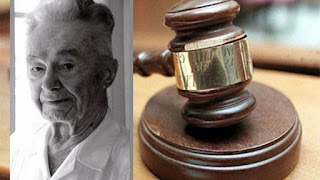 Advocates for guardianship reform clamored in vain for years that Florida’s system failed to properly protect incapacitated seniors, that its primary purpose had been perverted to line the pockets of greedy attorneys and professional guardians with the hard-earned life savings of the elderly.

Now they can point to a new federal verdict awarding a whopping $16.4 million in a lawsuit claiming that two West Palm Beach attorneys breached their fiduciary duties while running up “unnecessary and excessive fees” of $1 million.

“It’s really kind of a landmark case,” said Julian Bivins, who brought the suit as the personal representative of the estate of his father, Oliver, a Texas oil man. “It sends a message to these unscrupulous lawyers and guardians that they are not going to be able to get away with it anymore.”

The Bivins guardianship case emanates out of the court of Circuit Judge Martin Colin, the subject of an investigation by The Palm Beach Post into the judge’s conflicts of interest because his wife is a professional guardian.

Colin in open court had heaped praise on the attorneys who lost the case and refused to hold a hearing to decide whether the attorneys had “secretly” kept money from the sale of one of Oliver Bivins’ properties in an escrow account for more than a year, according to court documents.

The Post’s award-winning series featuring Colin, Guardianships: A Broken Trust, resulted in an overhaul of guardianship rules in Palm Beach County. Colin retired last December after he was transferred from the Probate & Guardianship Division because of The Post’s reporting.

Weeks after The Post published, Julian Bivins filed a motion to disqualify Colin, saying his concerns about the “close-knit atmosphere of the Guardians, their attorneys” and Colin had been “glaringly brought to light” in the stories.
Held captive?
The younger Bivins said he felt his father was “held captive” in South Florida by the guardianship so the attorneys could liquidate real estate assets — including a New York City Upper East Side mansion — and charge more fees. Colin granted an emergency order prohibiting the senior from returning to Texas.

The jury found on July 28 that attorneys Brian M. O’Connell and Ashley N. Crispin of the Ciklin, Lubitz & O’Connell firm not only breached their fiduciary duty but committed professional negligence.

The lawsuit claimed they failed to get appraisals on two high-end New York City properties being divided among family. They were not of equal value and as a result, Julian Bivins ended up with one that was worth millions less than other.

The jury’s decision to award $16.4 million makes up the difference.

But the fight over the property is far less important to reform advocates than the fact that attorneys who carry out the wishes of professional guardians and are paid with the ward’s money were held accountable.

Oliver Bivins died at age 97 in March 2015. He ended up in the court-ordered guardianship when he visited his condominium in Palm Beach in 2011 and a social worker became concerned with his well-being, according to court documents.

Oliver Wilson Bivins Sr. passed away at age 97 in 2015 but his son continued to fight the professional guardian who ... read more
Oliver Bivins appeared to be coming to Florida for a weekend vacation, leaving his refrigerator in Texas fully stocked, plaintiff attorneys told the jury. His son said he often didn’t visit his Palm Beach condominium for years at a time.

The verdict takes a further step toward re-establishing that attorneys are supposed to represent the incapacitated ward, not the court-appointed professional guardian — a position many lawyers have argued in court to thwart families trying to rein in a fee frenzy.

“If it wasn’t for me, they would have completely depleted my dad’s estate,” said Julian Bivins, who now lives in Palm Beach. “I’ve been fighting them from the beginning to just get him back to Texas. Finally, I got him back there 35 days before he passed away.”

As with many family members who challenge the status quo in guardianship in Palm Beach County, Julian said he found himself relentlessly attacked in court. He was even sued by one of the guardians in the case, Curtis Rogers.

The biggest toll, he said, though, was his relationship with his father as Rogers told the elder Bivins that his son only wanted his money. “He turned my dad against me,” Julian Bivins said. “I could never explain to my father how he was being held for ransom, how they wouldn’t let him go.”

The Ciklin firm said it is confident it can prevail on post-trial motions in front of U.S. District Court Judge Kenneth Marra.

“We think the verdict was not in keeping with the law or the facts and, in fact, was considerably more than the plaintiff even asked for,” said Alan Ciklin, the firm’s managing partner. “We feel pretty good about our ability to have this reduced dramatically.”

Rogers, one of two professional guardians dismissed as defendants in the lawsuit, testified for more than two days at the trial. He told The Post he believes the younger Bivins financially took advantage of his father. “The verdict was a total shock to me,” he said. “I anticipated there was no way that type of verdict could be made.”

It may come as a shock to Judge Colin, as well.

Colin during a Feb. 3, 2016, hearing in the guardianship case bristled at the suggestion that the Ciklin Lubitz firm was not acting as a good custodian of Bivins’ assets. The senior’s son questioned why the firm had failed to turn over $472,000 from the sale of his father’s commercial property in New York City, requesting Colin refer their actions to the Florida Bar or keep them from holding onto the money.

“The Ciklin Lubitz law firm has a well-earned reputation of honesty. And this is honesty,” Colin said in court. “Not for a moment do I have any concern because their reputation is well-earned in this respect.”

Colin denied Julian Bivins’ request without hearing any evidence but ordered the firm to return about $400,000.

An attorney for Julian Bivins filed a motion to disqualify Colin because of those statements, but the judge denied it.

“We never got anything done in his court,” Julian said. “We complained about the amount of the fees and he (Colin) cut them down 25 percent, but then we had to pay their fees for them to defend those fees. So they just made it back.”

Guardianship Catch-22
It is in this Catch-22 that families often find themselves when trying to decide whether to fight unethical actions by a professional guardian: Either way they pay, and either way the lawyers’ wallets grow fatter.

The guardianship issue is being looked at by a task force formed by Florida Supreme Court Justice Jorge Labarga. The state Legislature established the new Office of Public & Professional Guardianship as a result of lobbying by advocacy groups and others about lawyers and guardians siphoning off fees.

Attorney Greg Coleman, past president of The Florida Bar, wrote to the work group in June to alert it to “inappropriate, improper and illegal activities of a very small number of Florida attorneys” practicing in the guardianship arena.

“Unfortunately, the way guardianship statutes and rules are currently constituted allows for a window of exploitation by bad attorneys and bad guardians for their own personal monetary gain,” said Coleman, who was not associated with the Bivins guardianship or any of the relating litigation.

Coleman said everything is moving in the right direction for seniors. “The issue has the (Florida Supreme) Court’s attention, I can tell you,” he said. “It is not something that is being ignored or swept under the rug.”


Oliver Wilson Bivins Sr. was an oil man whose family were pioneers in Amarillo, Texas. He visited his Florida condo infrequently ... read more
Dominoes falling?
Attorneys who represented the Bivins family — Charles D. Bavol and Ron Denman of The Bleakley Bavol law firm in Tampa — compared the trial to a climactic brawl from the movie Rocky. The Ciklin defendants knocked out their expert witness and cited attorney-client privilege in refusing to turn over crucial emails between the Ciklin lawyers and the guardians. The son’s testimony persuaded the jury, his lawyers said.

Bavol and Denman said the verdict builds off a 2015 state court appellate finding out of Palm Beach County, ruling that the guardianship attorneys’ duty is to the incapacitated adult, not the professional guardian.

The 4th District Court of Appeal in recent years has reined in circuit courts in Palm Beach County that reform advocates say patently favor professional guardians and their attorneys.

Bavol and Denman said the verdict underscores the need for accountability from guardians and their lawyers.

“Based on this significant jury verdict and the ongoing investigative journalism in Southern Florida concerning professional guardianships, the need for reform of the guardianship system to protect Florida’s elderly citizens is again underscored,” the lawyers said in a news release.

I am glad to see the lawyers get slapped in their pocketbooks. Now I wonder how this affect the judge, who has been the subject of other controversy.

Finally this topic of abusive guardianships is being talked about.This type of explotation by bad attorneys and predator guardians is more prevelant than one might first imagine.

Judge Martin Colin and Judge David E French are reputed best buds.....these civil law
rip off schemes do not work unless a judge is in on the tank.

Keep a sharp eye on Judge Colin and Judge French.