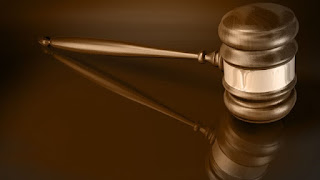 CHICAGO (AP) - A woman has pleaded guilty to federal charges she bilked an elderly suburban Chicago man out of about $4.5 million over six years.

The 39-year-old Dziesiuta was accused of persuading the 87-year-old Palatine man to wire funds from his U.S. bank account to banks in Nicaragua and Costa Rica. She told him he'd won millions of dollars in prize money but needed to pay insurance, taxes, and fees.

The FBI recorded 27 telephone calls between the victim and Dziesiuta in 2016. She was arrested after making arrangements to fly him to New York so he could deliver a check for more than $3.7 million.

Dziesiuta faces up to 6½ years in prison when sentenced in October.

This is why it's so important to track these scams and prevent them from getting to our elderly.

I would hire an attorney and see if you can get to be his court appointed advocate.
Essay Writing Company He needs someone to look in to his financial well being and go before a Judge to check out everything that has been in done for him and to him.