Who guards the guardians?: Judge vows to fight for clients who lost trust funds 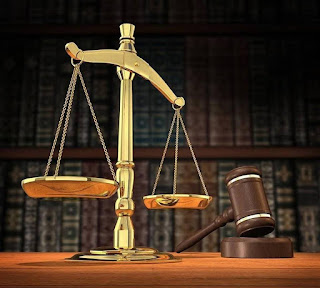 With their owners absent for an initial hearing in the lawsuit Wednesday, a state district judge heard from those who are picking up the pieces after the shocking collapse this summer of the two New Mexico nonprofit companies that for more than a decade specialized in serving developmentally disabled, elderly and otherwise vulnerable clients.

In the audience were lawyers from the U.S. Attorney’s Office, which is prosecuting Ayudando Guardians and its two principals on criminal charges of embezzling at least $4 million in client funds; and Liane Kerr, whose former husband Paul Donisthorpe has been accused by state and federal authorities of embezzling $4 million from his clients’ accounts at Desert State. He hasn’t been criminally charged.

At issue Wednesday was how to proceed with the lawsuit filed by Ayudando Guardians on June 6 seeking damages from Desert State on behalf of seven clients. Those clients entrusted their funds for Desert State to manage, the lawsuit states.

That case was filed a month before Ayudando’s two principals, Susan Harris and Sharon Moore, and the company itself, were indicted July 11 by a federal grand jury for embezzling more than $4 million from their clients. The U.S. Marshals office has been running Ayudando since then, with the prospect of a shutdown of the company imminent. Harris and Moore have pleaded not guilty.

Donisthorpe didn’t attend Wednesday’s hearing. He hasn’t responded to requests for comment and is reportedly brain damaged from a botched suicide attempt.

His wife of 31 years, Kerr, filed for divorce in March after state financial examiners began to look into Desert State’s books. She appeared in court with her attorney Wednesday, but didn’t comment. In court records, Kerr has denied any involvement in the alleged embezzlement scheme or the trust company business.

Both companies are being dismantled by government agencies in light of the fraud and embezzlement allegations.

Judge Alan Malott on Wednesday denied a motion to dismiss Ayudando’s claims against Desert State, vowing to make sure the seven Ayudando clients who may have lost trust funds at Desert State “don’t fall through the cracks” because their guardian is under federal indictment.

“There may be nothing left, but I’m going to try to get as close to the penny as I can get,”said Malott.

Desert State in early August was placed into the receivership of the state Financial Institutions Division.

An estimated 70 people who were clients of Desert State have lost some or all of their trust money, state officials say. Malott, during the hearing, said state district judges are in “crisis management” mode trying to find replacement guardians for Ayudando’s clients.

State FID attorney Kevin Graham told Malott that families and individuals, some with “limited” ability to understand “what’s going on in the case,” have contacted the state to find lawyers to help recover their missing trust funds.

Full Article & Source:
Who guards the guardians?: Judge vows to fight for clients who lost trust funds
Posted by NASGA

I hope the judge means it.