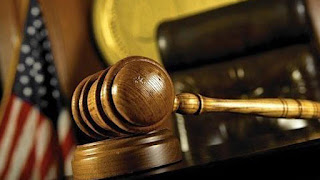 As part of an agreement with federal prosecutors, the 62-year-old Bloomfield resident faces eight to 12 years in prison and will have to pay restitution and forfeit property in New Mexico and Texas. Sentencing has yet to be scheduled.

"This was a heartbreaking case of an individual stealing millions of dollars from elderly, disabled and other New Mexicans with special needs who depended on him to make sure their rent, medical bills and living expenses were paid," said FBI Special Agent in Charge Terry Wade.

The FBI, federal tax agents and state regulators teamed up to investigate the case.

Donisthorpe, a former Albuquerque resident and owner of Desert State Life Management, was accused of using the money he transferred from his clients' accounts to support a lavish lifestyle and concealed the theft by having his employees report incorrect balances.

In his plea agreement, Donisthorpe acknowledged that he provided trustee services and representative payee services to more than 75 clients. Court documents show the fraudulent transfers were done from at least 2009 through 2016.

In one case, he used the proceeds from the scheme to pay the mortgage for property related to his cattle business. He also spent money on business ventures, vehicles, credit card bills and a vacation home in northern New Mexico.

At least he pleaded guilty and possibly saved the taxpayers money by doing so.