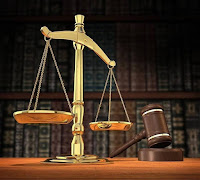 A Kansas City woman found guilty of exploiting an elderly veteran for money and falsifying medical records has been ordered to serve probation and pay thousands in restitution, according to a news release from the Missouri Attorney General’s Office.

Cheryl Kelly, 52, was charged with one count of financial exploitation of an elderly person and two counts of Medicaid fraud. The incidents happened while Kelly worked as an in-home personal care attendant in 2013.

Prosecutors accused Kelly of abusing her position by depositing the victim’s money from his veteran benefits and Social Security into an account she created under her name and the victim’s name.

She promised the victim she would use the money to take care of his finances but instead used the money to gamble and pay her mortgage and car insurance, the attorney general’s office said.

Read more here: https://www.kansascity.com/news/local/crime/article217823055.html#storylink=cpy
Kelly also allegedly pretended to be the victim’s relative — his niece or sometimes his daughter — to hospital staff, social workers and the U.S. Department of Veterans Affairs.

Prosecutors said the misuse of the victim’s money caused him to incur “numerous” overdraft fees and get evicted from his home.

Kelly was also accused of falsifying medical records of the victim as well as another Medicaid recipient.

The attorney general’s office also said Kelly had “falsely represented to Medicaid” that she was providing the victims with in-home health services, including bathing, dressing, grooming and help with administering medication.

The attorney general’s office Fraud Control Unit led an investigation into Kelly’s conduct with help from the Missouri Medicaid Audit and Compliance Unit, the Missouri Department of Health and Senior Services and the United States Department of Veterans Affairs.

A jury found Kelly guilty of the charges in June.

On Tuesday, Kelly was sentenced to five years of probation and ordered to pay $15,000 in restitution and $10,000 in civil penalties, the attorney general’s office said.

“The abuse of elderly Missourians will not be tolerated,” Missouri Attorney General Josh Hawley said in a statement. “And those who abuse our elderly residents, veteran residents, and the Medicaid program will be prosecuted to the fullest extent of the law.”

I love to see these thieves prosecuted!