THOSE ARE OUR PARENTS YOU ARE IGNORING 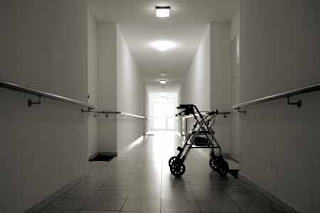 Most Nursing Homes Have Overstated Staffing for Years

A recent analysis by the New York Times and Kaiser Health News confirms what many families of nursing home residents have long suspected—staffing is often inadequate to provide proper care for their loved ones. Records show the number of nursing aides fluctuates significantly from day to day, with particularly large deficits occurring on weekends. In fact, on the lowest-staffed days, personnel take care of twice as many residents as they do on the highest-staffed days.

The analysis is based on a newly implemented system of documenting staff numbers in nursing homes, which has been designed to provide greater accuracy. Thus, records for the first time reveal the extent and magnitude of personnel deficiencies in facilities across America. Approximately 70 percent of 14,000 nursing homes have lower staff numbers than the previous system reported. The average staffing decrease is 12 percent. Records also show that on weekends, 11 percent fewer nurses and 8 percent fewer aides are on duty.

Since 2009, Medicare had used a nursing home rating system that assigned from one to five stars to each facility based largely on three criteria. Two of the criteria were derived from unverified self-reported data. Because no procedure was in place to validate the data, it could paint an inaccurate picture of staffing levels.

While the remaining criterion came from annual health inspections conducted by independent reviewers, this assessment could be manipulated. It was possible for nursing homes to anticipate the inspection and temporarily schedule more staff during that time, thus enabling them to inflate their staffing numbers. After the inspection was finished, the staffing would return to its inadequate level. Consequently, the ratings failed to reflect reality, and consumers were misled.

Now, due to the Affordable Care Act of 2010, which has only recently been implemented, data on nursing home staffing is more accurate. Instead of coming from self-reports, it’s based on daily payroll records. The discrepancies between earlier staffing records and the new records provide evidence that staffing levels reported over the last ten years have been exaggerated. The data shows that even facilities with good Medicare ratings for staffing have shortages in nurses and aides on some days.

Despite the more reliable method of determining staff numbers, the new rating system still has some drawbacks. Medicare assigns stars to facilities by comparing one nursing home to another, which is, in effect, grading on a curve. Therefore, many facilities have kept their ratings, even though payroll records show they have lower staffing levels than previously reported. Although the ratings can be found on Medicare’s Nursing Home Compare website, they aren’t dependable indicators that a facility has enough staff to provide quality care.

After the recent report in the New York Times, an advocacy group known as the Elder Justice Coalition (EJC) called for immediate congressional hearings on chronic nursing home staff shortages. Group members are specifically concerned that the shortages have gone unnoticed up until now.

“We’re asking Congress to take a good hard look at staff shortages,” said the coalition’s national coordinator, Bob Blancato, in an interview with the Silver Standard News. “The new system may not be living up to expectations. Perhaps after clarification there could be legislation that would come forward.

“Several things need to be considered: number, quality, and training of staff. If part of the problem in attracting and keeping staff is due to wages that aren’t competitive with other types of medical facilities, this needs to be addressed. There has to be an incentive for people to want to go to work. The lack of workforce required to care for the aging population is a crisis that will be in front of us for years.”

Understaffing is one of the causes that underlie elder abuse and neglect in nursing homes: reports NursingHomeAbuseGuide.org. Research shows that when staff are overworked and stressed, patients have a higher risk of bedsores, dehydration, malnutrition, weight loss, pneumonia, and infections. The exhaustion that accompanies working in short-staffed conditions can result in mistakes and failures to notice adverse changes in patients’ health. Moreover, frustration that comes from overwork can lead to intentional or unintentional mistreatment.

Tips for Choosing a Nursing Home

Because the current rating system doesn’t guarantee a nursing home is adequately staffed, families of the elderly should investigate candidate facilities thoroughly when the need for placement of a loved one becomes apparent. Assistive Living Today provides the following tips in choosing a home:

⋅    Instead of scheduling a visit, make a surprise visit to get an idea of cleanliness and quality of care. If the facility looks promising, make at least two additional trips to observe meals and activity sessions.
⋅    Check the public record for violations of state code. Note the type of complaints to see if they are related to serious issues.
⋅    Conduct research to see what licenses are required in your state, and ask the facility to show you its credentials.
⋅    Observe the residents to see if they appear happy, well-groomed, and actively engaged.
⋅    Pick a facility that doesn’t have a strong odor. Don’t be fooled by a strong deodorizer scent that may be masking the smell of urine and excrement.
⋅    Ask the facility if it has dieticians and if they can accommodate special dietary needs.
⋅    Since activities are important, inquire whether an activities director is on staff, and find out whether outdoor activities are included.
⋅    If your loved one has a condition requiring special care, such as Alzheimer’s disease or diabetes, ask if the staff has experience in these areas.

Full Article & Source:
THOSE ARE OUR PARENTS YOU ARE IGNORING

Nursing home reform has been in the works for decades and things are a bit better but a bit isn't enough. It's time to say we're fed up; fix this mess.

Affordable care act has done nothing for nursing home residents Medicare rating is deceiving There isn't more help. I can attest to that, as well as friends with parents in nursing homes. Disgraceful. Understaffed, poorly trained, poorly managed.