The lawyer was charged with a $20M fraud, then took a drive 4 years ago. He’s been found 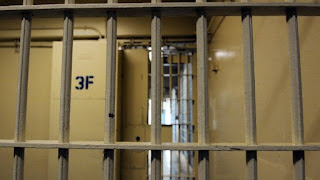 In the four years since Fort Lauderdale attorney Michael Casey rented a car in Tallahassee and drove off as a fugitive, three Broward County residents indicted along with him in a $20 million scam went to federal prison.

Casey? He went to Mexico. Now, he’s in Miami — at the Federal Detention Center.

The 71-year-old’s mail and wire fraud charges remain, legally, in doubt. But on Friday, Casey pleaded guilty to knowingly failing to appear in court after jumping bail before an April 2014 hearing in his fraud case. He will be sentenced in November.

Casey posted $50,000 bond and was confined to the Southern District of Florida federal court jurisdiction, except for trips to visit his mother in North Carolina.

Before a April 29, 2014, case status conference, Casey got permission to drive to North Carolina, visit his mother and drive back. Casey rented a car on April 21 in Tallahassee. He then drove to Laredo, Texas, where he dropped the car off on April 25. Casey was in Mexico by the time he officially was missing for the status conference.

Meanwhile, Howard already had pleaded guilty to one count of conspiracy to commit mail fraud and wire fraud. Gallo did the same six months after Casey disappeared. Gallo’s admission of guilt lays out a smorgasbord of lies used to sucker 700 investors out of about $20 million.

They lied about the usage of investor money. They lied about COL’s bottom line. They faked contracts. They hid Howard and Gallo’s criminal experience (each had a federal conviction on his rap sheet and Gallo was still on supervised release). When Howard was arrested on a state fraud charge, investor money was used for his bail. Among the $2.5 million Gallo used for his family and himself was $300,000 for cars, jet skis and a boat.

Howard was sentenced to 15 years, nine months in prison. Gallo got 14 years. Balbirer pleaded guilty to two counts of money laundering and got 17 months.

Casey came back over the border at some point and was arrested July 2 in the Southern District of Houston federal court district. He gave his income for the previous year as $2,000 from “odd jobs.”

Read more here: https://www.miamiherald.com/news/local/crime/article217841655.html#storylink=cpy
Full Article & Source:
The lawyer was charged with a $20M fraud, then took a drive 4 years ago. He’s been found
Posted by NASGA

I am glad they never gave up!