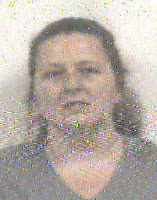 A woman was indicted Monday for two counts of financial exploitation of a vulnerable adult, according to 13th Judicial District Attorney Bryant Dunaway.

Cynthia Renae Carr, a former house manager for a home care giving agency, allegedly financially exploited some of the residents, according to a press release from Dunaway's office.

"Carr was allegedly stealing money from elderly and vulnerable adult residents of the group home facility," the press release states.

Carr was arrested Tuesday at Citizens Bank in Jackson County, according to the Putnam County Jail Roster.

Carr's indictment and arrest follows a January report of possibly financial exploitation that was reviewed by the Vulnerable Adult Protective Investigative Team or VAPIT.

"The exploitation of elderly and vulnerable adults is a growing problem that this office takes very seriously," Dunaway's press release states. "We would like to remind the public that the law makes it mandatory to report allegations of elder abuse."