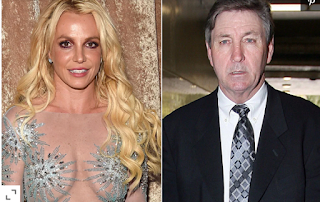 The legal back-and-forth between Britney Spears and her father, Jamie, over her conservatorship continues.

In court documents obtained by PEOPLE on Friday, Jamie, 68, responded to the pop star, 38, and her attorney Samuel D. Ingham III's filing last week which asked the judge to deny his motions to seal parts of the ongoing conservatorship case of her estate. Instead of making proceedings private, Britney and her legal team say they want to make the case "transparent" with her fans.

Jamie, however, argues in the new filing that the public does not need to know everything and says he is wanting to seal some aspects of the case to help his daughter keep parts of her life, her children's lives, her medical details and her "susceptibility to undue influence" private.


"Ms. Spears has a right to privacy that overcomes the public’s right of general access to the conservatorship proceeding," the filing says.

"And given the frequently pernicious use of sensitive and private information of celebrities, Mr. Spears has sought through the years to protect the conservatee — his daughter — from the pain that such free access to the information inevitably would cause her," the filing continues.

Jamie further argues that before Britney can waive her right to privacy regarding her medical information and sensitive personal information "it must be determined that she has the capacity to understand the consequences of her waiver."
Spears' conservatorship was first placed in 2008 with her father being named the permanent conservator of her affairs and attorney Andrew Wallet the permanent co-conservator of her estate. After Jamie stepped down due to health reasons in September 2019, Jodi Montgomery replaced him as Britney's temporary conservator.

Jamie asserts that his motion to seal was filed to also "protect the privacy rights of a third party, specifically the name and address of a third party where [Britney's mother] Lynne Spears has requested that she be served in this proceeding" and "to take the precautionary step to allow" for Montgomery to assert Britney's privacy rights, which she has not done yet.

"To date, Ms. Montgomery has not opposed the Motion to Seal and has not informed Mr. Spears or his counsel that she will oppose it," the filing says. "Despite the fact that the requested sealing is minimal, the Opposition to Mr. Spears’ Motion to Seal fails to distinguish between Ms. Spears’ privacy rights and those of her minor children, whom the Opposition does not mention at all." 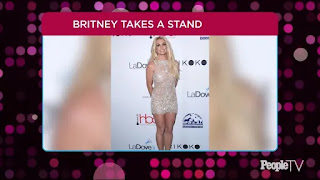 Jamie makes clear that he has "requested only the minimum amount of confidential information be sealed, consistent with the Court rules and Ms. Spears’ constitutional rights to privacy," and that Ingham "unequivocally supported" the motions to seal in the past.

"Regrettably, the Opposition appears to be a grandstand aimed at engendering a response from persons who have no direct interest in the conservatorship at the cost of Ms. Spears’ statutorily protected right to medical privacy and the privacy of her minor children," Jamie's filing says. "Until this summer, Mr. Ingham never opposed and in fact, on behalf of his client, has almost always supported a motion to seal his client’s private and confidential information. As Ms. Spears’ counsel, he has brought several such motions himself and has made numerous oral motions to close the courtroom."

Elsewhere in the filing, Jamie responds to the separate court documents Ingham filed last week saying that Britney wants a "voluntary" conservatorship in which she can "exercise her right to nominate a conservator of the estate." (Britney suggested wealth management and investment advisory firm, Bessemer Trust Company of California, N.A., to be her conservator and previously said in court documents that she is "strongly opposed" to having her father return as sole conservator.)

"As the Opposition states, this is a voluntary conservatorship, and Ms. Spears can apply to the Court at any time she wishes to terminate the conservatorship of either the person or the estate, or both," Jamie's filing says. "To date, she has not done so."


Jamie concludes by asking the court to seal the conservatorship case as it discloses and relates to Britney's "constitutionally, statutorily and otherwise protected health information, personal information regarding Ms. Spears and her minor children, as well as trade secrets and proprietary information, and the privacy of unrelated third parties."

His filing comes after Britney's lawyer declared the singer wants to be open about the details of her conservatorship and those aspects of her which are not in the public's best interest to know are already sufficiently protected.

"Britney strongly believes it is consistent not only with her personal best interests but also with good public policy generally that the decision to appoint a new conservator of her estate be made in as open and transparent a manner as possible," Ingham's opposition filing said. "[Jamie's motion] is supposedly being brought by her father to 'protect' Britney's interests, but she is adamantly opposed to it."

Additionally, Britney and her attorney argued that confidential financial information in the case is "already protected" and "there are no medical issues at all in a conservatorship of the estate, nor are her children [sons Jayden, 13, and Preston, 14] involved in any way."

A hearing for Spears' voluntary conservatorship request is scheduled for Nov. 10.