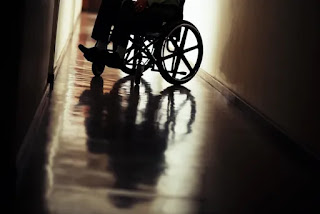 In early 2013, Vaughn Henry, a former Springfield financial advisor, took more than $150,000 from a 99-year-old Jerome woman with promises to invest it.

But Henry didn’t follow through on his promise of investing the woman’s money in a slaughterhouse in the Ivory Coast. Instead, Henry transferred the funds to his own accounts in late 2013 and early 2014 and spent the money on personal expenses.

Facing charges of theft exceeding $100,000 and financial exploitation of the elderly, Henry was found guilty and in April 2019 was sentenced to 7 1/2 years behind bars.

Of the 507 intakes Senior Services of Central Illinois/ Adult Protective Services reported for fiscal year 2020, over half of them dealt with financial exploitation of elderly persons.

“One of the things we were really looking at is how can we better partner?” said Carol Harms, executive director of Senior Services, which serves Logan, Menard and Mason counties, in addition to Sangamon County. “How can we make our community partnerships stronger to build this relationship so we ensure the safety of the seniors?”

Calls come into a hotline, said Carolyn Yuroff, APS department supervisor, from friends, neighbors and family members of elderly persons, and other agencies and medical offices.

Not every case results in APS taking a police report or going to the state’s attorney’s office, Yuroff said. The agency could intervene in some domestic situations by talking to family members or powers of attorney.

“We are a client-driven program,” Yuroff said. “If our clients have competency and the ability to make their own decisions, then we go along with what they say. We’re the advocates of support for them.”

For the fiscal year ending June 30, APS did 183 reports on emotional abuse of seniors in Sangamon County. The reports ranged from seniors being intimidated verbally or a a person talking about them as a burden, Yuroff said.

There were 104 reports of passive neglect for the same period. Yuroff said passive neglect could have meant a caregiver was not bathing the elderly properly, was not taking them to doctors appointments or not keeping the home up.

APS had 45 reports from Logan County last fiscal year, 27 from Mason County and 20 from Menard County. Twenty-two additional cases were transferred to APS because individuals moved into the four-region area.

Financial exploitation has been the most reported allegation over the last three years, Yuroff said. That could include the theft of property or someone using senior’s debit or credit card to make personal purchases. It could also be the result of questionable changes to a person’s will or questionable asset or property transfers.

“Sometimes it’s cut-and-dried because money can be tracked through bank accounts or ATM withdrawals,” Yuroff added. “With financial exploitation, there’s so many people who could come in and fly under the radar, all kinds of different ways people could access that money. In that capacity, it doesn’t surprise me much that financial exploitation is the number one issue.

“People are crafty in getting access to money. However, I think there’s a lot that still goes undocumented for financial exploitation. There are a lot of cases we don’t know about that are huge.”

For a number of reasons, Wright said, elderly individuals may not always be able to protect themselves from victimization.

“Older members of our community too often become targets for those who would take advantage of the vulnerable,” Wright said. “This multi-disciplinary initiative will help us prevent elder abuse and coordinate resources to support early reporting, investigation and prosecution.”

The alliance is based upon the “Triad” concept which began in 1988 when the American Association of Retired Persons (AARP), the International Association of Chiefs of Police and the National Sheriff’s Association convened resources.

Closer to home, Wright said Madison County has had a “Triad” model in place for several years with nearly 30 stakeholder service providers.

To view the event, go to: https://www.facebook.com/SangamonCountyGov.

To report suspected abuse, exploitation or neglect of an older person, call the statewide, 24-hour Adult Protective Services hotline at 1-866-800-1409.