FULLERTON, Calif. - A California couple decided to tie the knot at a nursing home, all so the bride's beloved grandmother could attend the ceremony.

Kristen Haigh said she couldn't imagine having her wedding without her beloved grandmother, 89-year-old Geraldine "Geri" Goss, in attendance.

Haigh and her now-husband, Steven Shoemaker, had planned to have a big wedding in September with about 150 people attending -- but the coronavirus pandemic quickly dashed those plans.

The couple decided to go back to the drawing board, and realized having Geri there was more important than a big ceremony.

"We had the epiphany of what really matters here, so we asked the facility if we could get married in the parking lot because her window faces the parking lot and of course, we got so much more," Haigh told KABC. 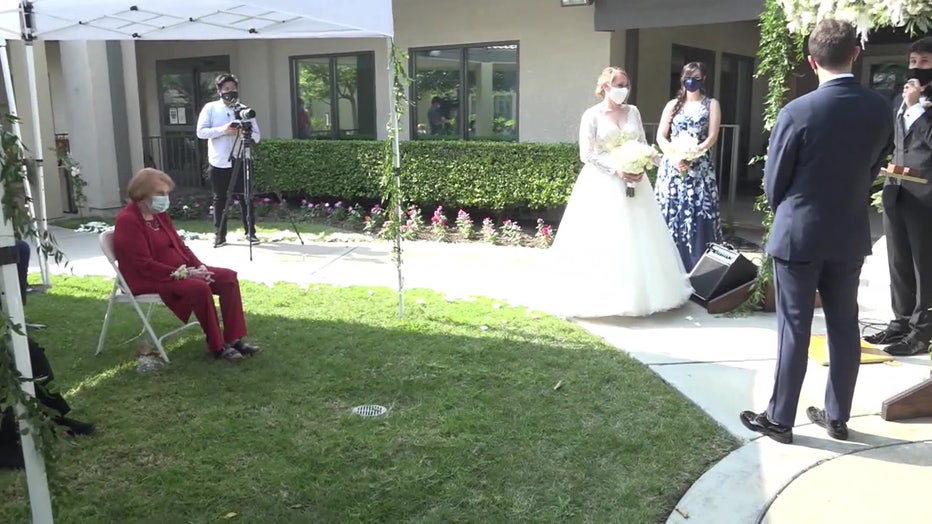 Haigh and Shoemaker were originally supposed to marry in the parking lot, but staff at the Park Vista nursing home instead set up an area in their courtyard for the ceremony, KCBS reports.

"They've done such a lovely job here, I really am pleased," Goss said. "Of course, I didn't have anything to do with it."

Goss said that while she wishes her granddaughter had been able to have the wedding she originally planned, she was grateful she could attend the ceremony.

"You know we have to make the best in life. Not everything works smoothly," Goss told KABC. 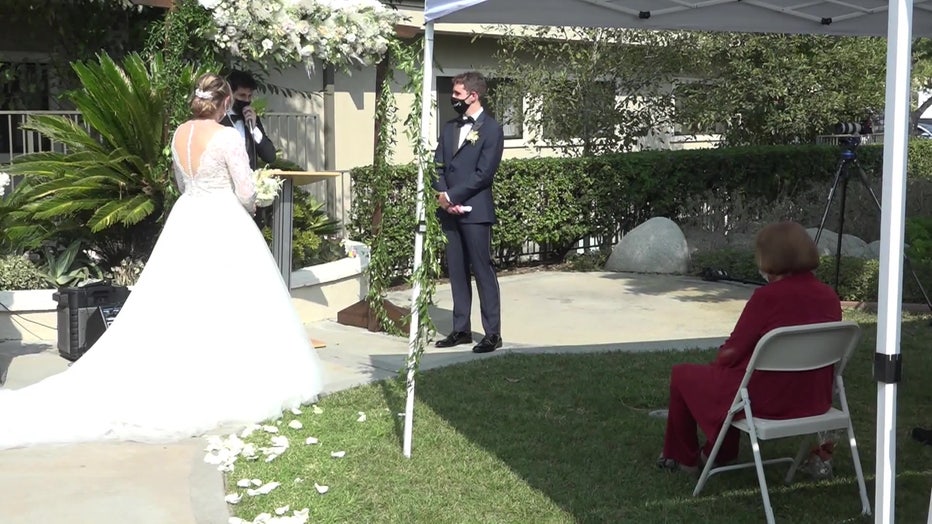 Masks were handed out and socially distanced seating was set up to help keep Goss and others in attendance safe.

“It’s just so special that she gets to be here today,” Haigh said. “It really is.”

Full Article & Source:
Couple gets married at grandmother's nursing home just so she could attend
Posted by NASGA