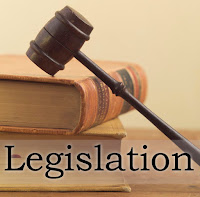 A bill to give adult guardians authority to oversee the disposition of a ward’s remains is up for a final vote in the Indiana Senate this week, but the version of the bill senators will vote on is markedly different from the introduced legislation.

Senate Bill 276 narrowly passed the Senate Judiciary Committee with a 6-5 vote earlier this month.  Authored by Sen. Tim Lanane, the legislation would allow adult guardians to make decisions about the disposition of remains when a ward dies.

Current law provides that an adult guardian’s duties terminate immediately upon the death of a ward. Guardians say that has long been an issue, but the COVID-19 pandemic has made the problem more urgent.

Becky Pryor, a longtime guardian, guardianship advocate and member of Indiana’s guardianship task force, told lawmakers and Indiana Lawyer that more of her wards died in 2020 than in any previous year. Pryor supported the concept of SB 276 when it was brought before the Probate Code Study Commission, then worked with Lanane to draft the bill this session.

Chapters 23 and 29 of the Indiana Code list those who can make disposition decisions in order of priority. The original language of Lanane’s bill would have placed guardians second on those statutory lists, before powers of attorney but behind a person given authority in a funeral planning declaration or a Department of Defense form if the decedent died while serving in the Armed Forces.

However, members of the study commission and the Judiciary Committee raised concerns about guardians taking precedence over family members. The original language would have made surviving spouses fourth on the priority list, which some probate lawyers and lawmakers said was inappropriate.

Both Lanane and Pryor said in situations where an adult guardian has been appointed, a court has likely determined that the ward’s family — including their spouse — was unable or unwilling to care for the ward. However, to appease those with concerns, Lanane amended his bill on the Senate floor to move guardians farther down the priority list, behind surviving spouses, adult children, surviving parents and surviving siblings.

Sen. Mike Young, R-Indianapolis, was among the Judiciary Committee members who initially opposed SB 276. He reiterated his concerns on the Senate floor Feb. 18, giving the example of a family member who is serving overseas and cannot be reached to make decisions about disposition.

In those situations, Lanane said, the funeral home or cemetery would likely ensure that a good faith effort had been made to contact family members before allowing the guardian to make decisions. He was supported on the floor by Sen. Liz Brown, the Fort Wayne Republican who chairs the Judiciary Committee, and Sen. Greg Taylor, the leader of the Senate Minority Caucus.

Lanane’s amendment prevailed on a voice vote. The amended bill is scheduled for a final vote Monday.

SB 276 must pass the Senate by Tuesday to advance to the Indiana House.