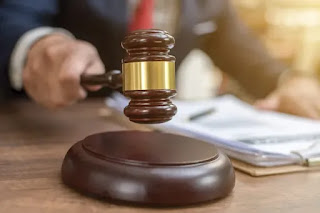 Disbarred lawyer Mitchell Kossoff — who represented many multifamily landlords in New York City — was sentenced to up to 13.5 years behind bars after he pleaded guilty to bilking his clients out of more than $14.6 million.

A judge sentenced Kossoff, 68, to between 4 and 1/2 to 13 and 1/2 years in prison on Friday morning for three counts of grand larceny and one count of scheme to defraud after he used funds stolen from his clients’ escrow accounts to fund his lifestyle expenses, according to Manhattan District Attorney Alvin Bragg. In addition to his prison sentence, Kossoff will be required to pay back the $14.6 million and surrender a condominium in Highlands, N.J., Bragg said.

“When clients hire counsel to represent them, they expect their attorney will follow the highest ethical standards,” Bragg said in a statement. “Yet Mitchell Kossoff violated the fundamental trust of his clients by taking millions for himself. His actions betray the standards that we as lawyers are taught from the very beginning of our careers and will not be tolerated

Kossoff’s lawyer, Walter Mack, did not immediately respond to a request for comment.

Known for his tough-guy approach, and teaching spin classes on the side, Kossoff represented many of the city’s multifamily landlords, including Icon Realty Management, Stellar Management and Steve Croman, who himself pleaded guilty to tax fraud in 2017.

But, starting in 2017, Kossoff began shifting funds from at least 35 of his clients’ escrow accounts to his own to pay for more than $19,000 a month in rent in a luxury apartment building and $16,000 in personal credit card bills, according to his plea agreement. Kossoff also used the money to pay back other clients he stole from, the DA said.

Kossoff’s crimes caught up with him in April 2021 after he pulled a disappearing act by ghosting his colleagues at his eponymous law firm and his clients for days. He was hit with a string of lawsuits from landlords trying to get back their escrow funds.

He eventually resurfaced and surrendered himself to authorities in November 2021. Kossoff pleaded guilty to stealing from dozens of his clients last December.

Aside from wiping out escrow accounts, Kossoff also allegedly forged his own mother’s signature on more than $2 million of defaulted loans, according to court records.