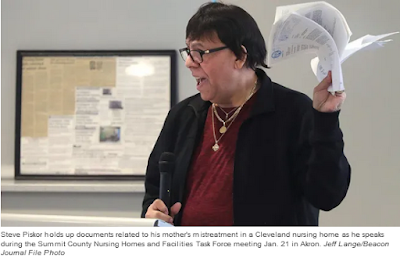 In March, a new law went into effect in Ohio allowing families to install cameras in nursing home rooms to monitor their loved one’s well-being.

This legal change allowing cameras in nursing homes is an added layer of protection for Ohio’s most vulnerable patient population.

Lawmakers passed the legislation after a decade of advocacy by one Ohio man, Steve Piskor, on behalf of his mother, Esther. Legislators named the law in honor of her: “Esther’s Law.”

The law’s namesake, Esther Piskor, resided in a Cleveland-area nursing home. Her son, Steve, suspected that something was wrong with his mother, so he installed a hidden camera in her room. Unfortunately, the camera revealed numerous incidents of elder abuse, including aides pushing and yelling at Esther, shoving her face in a pillow, spraying liquids in her face, roughly repositioning her, and neglecting her basic needs for hours at a time.

Esther suffered from dementia, so she was unable to verbalize what was happening to her in the nursing home. Initially, the nursing home denied any abuse violations and the chart revealed perfect care provided to Mrs. Piskor. 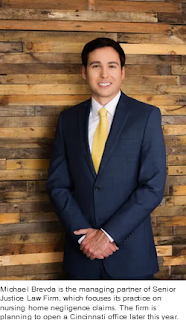 However, the hidden camera allowed Steve to witness the abuse firsthand.

In the wake of the incident, the violent aide was sentenced to 10 years in prison and the nursing home was sued for negligence.

Esther’s saga is not unique. As nursing home abuse attorneys, we see this frequently. It is estimated that 1 in 4 nursing home residents suffer from, or have witnessed, abuse. The statistics are likely higher than the reported numbers, too.

The National Council on Aging estimates that only 1 in 24 cases of elder abuse are reported to the proper authorities. Elder abuse is said to affect one in 10 Americans over the age of 60, but the real numbers are likely higher still.

Tragically, sometimes it takes actual footage of the abuse to expose what is happening to a non-verbal patient.

Some nursing home corporations do not appropriately screen employees. Instead, they look for cheap labor. This means that violent predators can make their way onto the company’s payroll, gaining access to vulnerable victims that reside in the facility.

The issue of whether a family has a legal right to install a camera in their parent's nursing home room has been a sticky one.

Many states do not allow cameras in nursing home rooms because it might violate the privacy rights of nursing home staff and other residents. 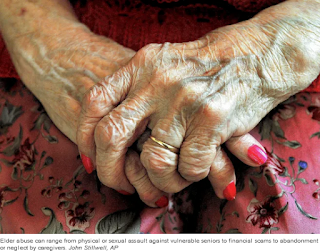 Nursing homes argue that allowing cameras inside rooms raises privacy concerns due to HIPAA. However, nationally, there has been a growing trend to allow cameras in facility rooms.

Luckily, the Ohio legislature fell on the right side of this issue by passing Esther’s Law. The Ohio House and Senate unanimously passed the bill, after which Gov. Mike DeWine signed it into law.

Families can now purchase ordinary nanny cams and place them in their loved one’s nursing home room. Families should discuss their intentions with nursing home management, so the proper notice is given to facility staff.

Even if you do not intend on watching it regularly, an unmonitored camera can have a deterrent effect on staff. When staff suspect they are being watched, inevitably, they will provide better care for the resident.

Every Ohioan with a loved one residing in a long-term care facility should take advantage of this new law allowing cameras inside resident rooms.

Through increased supervision and accountability, we can end the systemic cycle of abuse and neglect inside our nursing homes.