Woman arrested in alleged theft of $6K from disabled patient 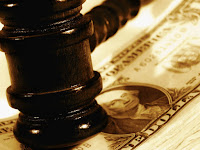 BOUNTIFUL — A 49-year-old woman has been arrested after police alleged she stole $6,000 from a disabled man at a care center where she worked.

Amber E. Miller was booked and released Sunday from the Davis County Jail in Farmington on suspicion of intentional financial exploitation of a vulnerable adult, a second-degree felony.

The patient, a quadriplegic, called Bountiful police on June 13 to report that he had asked a therapist in March to cash a check for him and bring him the cash. Despite repeated requests to hand over the money, it had not been delivered, the man said.

Miller told police, according to an arrest affidavit, that she cashed the check and delivered it to his room in an envelope along with mail items. The investigating officer said he left the case open for further follow-up.

The next day, Miller took the cash to the man, apologized, and urged him not to pursue criminal charges, the affidavit said. She was fired by the care center that day after managers learned about the theft, the report said.

The patient told police he wanted to press charges because now that Miller allegedly admitted to stealing and keeping the money, she may be a suspect in an earlier theft.

The charging documents said the earlier reported theft of $8,500 from the man’s safe in his room remains under investigation. Police said Miller denied taking that money. She said many staff members had access to the man’s safe.

No formal charges had been filed against Miller by Monday afternoon. She does not yet have an attorney of record.