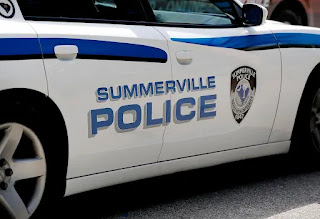 SUMMERVILLE — Police officers arrested a woman on accusations she abused her mother, causing the elderly woman’s death one year ago.

Darlene Whitlock was charged Sept. 10 with abuse of a vulnerable person resulting in death. Authorities contend the 68-year-old woman, who was designated as her mother’s caretaker, allowed for a filthy living environment and stopped moving, bathing or feeding the elderly adult.

Officers opened an investigation into Whitlock over a year ago, on Sept. 2, 2021, after the S.C. Department of Social Services alerted them to a potential abuse case. Whitlock’s mother, Viola Fairchild, had arrived days prior to an emergency room. She was unresponsive, “extremely malnourished” and covered “head to toe in feces,” according to an incident report.

Whitlock told doctors she hadn’t been able to move her mother, resulting in Fairchild’s condition, the report states.

A Dorchester County social services worker visited the house on Candover Court off Alwyn Boulevard where Whitlock and Fairchild lived. She took photos of the home, which was in “complete disarray,” according to the report.

A Summerville detective viewed the pictures, noting piles of clutter and trash littered throughout the rooms. Fairchild’s mattress had a large indent on its right side, indicating someone had been in the spot for a long period of time. Bugs crawled on the floor, walls and near a window of the “filthy” bedroom.

Summerville detectives met with Whitlock at the residence on Sept. 8, 2021. The woman was packing up her car for a trip to Texas, where her mother’s funeral would be held, she told the officer. Fairchild, 91, had by then been moved to hospice care.

Whitlock told the detective she’d “done her best” to care for her mother and had lived with her for two years in South Carolina after moving her out of Texas, the report states. The detective handed Whitlock a business card and asked to schedule a formal interview, but Whitlock never called.

Fairchild died two days later. While her cause of death isn’t specified, doctors diagnosed Fairchild with a host of illnesses, including sepsis, ulcers, malnutrition, hypothermia, kidney failure and pneumonia.

The investigation stalled for several months while detectives gathered Fairchild’s medical and social services records, according to the report. A Summerville municipal court judge on Dec. 16, 2021, signed a warrant for Whitlock’s arrest.

Detectives again tried to make contact with Whitlock, but her voicemail box was full. She was arrested Sept. 10 after being located in Texas, Lt. Chris Hirsch said.

Whitlock was booked into the Dorchester County jail, where she remains held on a $20,000 surety bond.