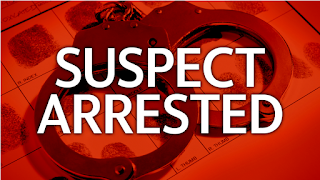 Turlock police have arrested a collections manager at Turlock Irrigation District and his wife on financial elder abuse charges.
Kevin Edwards, 55, and Andrea Bodine-Edwards, 53, were arrested Thursday and booked in Stanislaus County jail.
Edwards faces charges of burglary, financial elder abuse and embezzlement. Bail was set at $85,000. Bodine-Edwards could be charged with financial elder abuse and embezzlement. Her bail was set at $35,000.
In a news release, Turlock police said detectives began an investigation in March after the elderly victim reported he was being defrauded.
“The investigation revealed an intricate scheme to obtain control of the victim’s finances in an apparent effort to defraud the victim out of hundreds of thousands of dollars,” the news release said.
Police said Edwards, a credit and collections manager for the irrigation district, met the alleged victim in May 2021 after the elderly man sought assistance with his TID account.
According to investigators, Edwards befriended the man and proceeded to gain control of his life.
Detectives obtained multiple search warrants during the course of the investigation, which produced an extensive paper trail of evidence, the news release said.
Edwards was arrested Thursday during a traffic stop near his home. His wife was arrested in front of their home without incident.
Bodine-Edwards is not a TID employee and has never worked for the utility, a district spokeswoman said.
“We continue to focus our efforts on these types of crimes to identify and prosecute those who victimize our elderly residents,” Turlock Detective Jason Tosta said.

The detective said anyone with information about the case, or who might have also been victimized by Edwards or Bodine-Edwards may contact police.
TID spokeswoman Constance Anderson said Edwards was immediately placed on administrative leave, and his access to TID’s system was revoked, when the district was made aware of the criminal investigation. The district has cooperated with the police investigation, Anderson said.
TID hired a third party investigator for its own internal and personnel investigation. Anderson said the district will decide what additional action to take when the investigation is completed.
“It is an ongoing investigation by Turlock police,” Anderson said. “We don’t have any further comment.”
Police suspect there may be other people who were defrauded by the married couple. Anyone with information may call Detective Tosta at 209-664-7324 or call the police department’s tip line at 209-668-5550, ext. 6780. Another option is sending an email to tpdtipline@turlock.ca.us.
Callers can leave an anonymous tip by calling Crime Stoppers at 209-521-4636.
Full Article & Source:
Turlock police arrest TID manager, wife on financial elder abuse charges
Posted by NASGA