Ruling may not affect Dean's criminal case, though a conservator could replace him in civil lawsuits 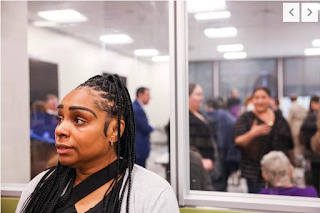 by John Simerman
Former Louisiana nursing home magnate Bob Dean could be stripped of control over his affairs in a pending Georgia court proceeding, according to attorneys involved in a slew of lawsuits over Dean’s botched evacuation of 843 patients last year for Hurricane Ida.

The move could cast Dean to the sidelines as lawyers weigh a proposed class-action settlement over the evacuation of seven south Louisiana nursing homes to a warehouse in Tangipahoa Parish, where conditions quickly soured and his patients languished for days.

It wouldn’t affect Dean’s need to answer to criminal charges he faces in both Louisiana and Oregon, said one Georgia legal expert.

Attorney H. Minor Pipes III, who is defending Dean over the lawsuits related to the evacuation, told plaintiffs’ attorneys that Dean was being “interdicted,” one of those attorneys told a judge in court on Tuesday.

Pipes declined to comment afterward, saying he wasn’t Dean’s lawyer in that process and hadn’t seen a court order. A probate court clerk in Fulton County, Georgia, said information about the case would remain sealed until a final decision. Dean’s attorney in Georgia, where he faces criminal charges over an incident in which he shot off his own thumb, and also a felony obstruction count, declined to comment.

Dean, 68, has managed to avoid sitting for depositions over the ill-fated evacuation, which forced patients to sit in squalor while Dean ignored staff pleas for help and browbeat state health inspectors who were trying to intervene, records show.

His attorneys have fought to keep it that way, presenting evidence that Dean suffers from dementia.

In Louisiana, Attorney General Jeff Landry’s office booked Dean in June on eight counts of cruelty to the infirm, five counts of Medicaid fraud and two counts of obstruction of justice.

Dean’s seven nursing homes all remain shuttered, having been seized by lenders. After state health officials pulled his licenses to run them shortly after the evacuation, Dean quickly got behind on a mountain of debt, court records show.

In Georgia, judges may name a guardian or conservator if they find an adult “lacks sufficient capacity to make or communicate significant responsible decisions concerning the management of his or her property.”

Mary Radford, a law professor emerita at Georgia State University who authored a textbook on guardianships and conservatorships in Georgia, said the law means “the adult loses his right to bring or defend any action” in court, except for the conservatorship.

A conservator would take Dean’s place in the civil lawsuits, but criminal courts judges make their own calls on whether defendants are competent to stand trial, Radford said.

“The mere fact that he has become a ward does not mean these actions can’t proceed against him,” Radford said. “There will be judicial proceedings. He may not be participating in the same way.”

Radford noted that probate judges can also limit a conservator’s power, leaving the ward with some agency.

Monica Hof Wallace, a Loyola University law professor, said a Georgia ruling to place Dean under a conservatorship wouldn’t restrain civil court judges in Louisiana from making their own decisions over his ability to sit for depositions.

“The trial judge gets to decide,” she said.

Suzette Bagneris, an attorney for several plaintiffs suing Dean over the evacuation, raised the specter of lengthy delays from an interdiction as she lobbied Tuesday for swift approval of a proposed settlement to cover all of the evacuated residents or their family members.

Plaintiffs’ attorneys jousted Tuesday over the proposed settlement, which is pegged at $13 million to $15 million. That money, to be paid out by Dean’s insurance companies, might average around $13,000 per patient after attorneys fees under the proposed deal.

More than a dozen residents died in the aftermath of the evacuations, though coroners have classified only five as "storm-related.” Bagneris claimed Tuesday that at least 100 and possibly up to 200 of Dean’s former residents have since passed away.

Attorney Rob Couhig, who is leading the push to settle, argued that time is wasting for those who suffered at the warehouse. Couhig said few other Dean assets have turned up to add to the amount.

Morris Bart, whose firm represents scores of Dean’s former patients or their families, has objected to the proposed settlement, however, along with a few other attorneys who claim they were blindsided by it.

They argue that Couhig and others are trying to ramrod through a deal that may not be in the best interests of the plaintiffs and lets Dean off the financial hook.

Bart claimed Tuesday that he’s found nearly $8 million in equity on Dean‘s other properties that the settlement ignores. He pleaded with District Judge Michael Mentz for more time to flesh it out.

“How do I go tell 180 clients (that) Bob Dean, despite the misery and death he’s caused, is going to walk away from this and not pay one dollar, and continue to live in his mansion?” Bart said. “It’s so patently unfair.”

Mentz delayed a hearing to debate the proposed settlement until Nov. 2.