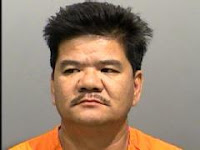 A Lakewood man who recruited elderly Vietnamese men and women to sign up for the state's Old Age Pension program for which they were not entitled to was sentenced to six years in prison.

Jeffrey Dan Van, 48, was also ordered to pay restitution for bilking the state out of an estimated $1 million but because he had been receiving disability income for the past 22 years, he could only afford very small restitution payments, his attorney said.

Van had pleaded guilty to theft and forgery on July 6.

According to his guilty plea, from January 2001 through the end of 2008, Dan Van recruited more than 45 Vietnamese people from across the country.

Van told the seniors that Colorado law was more liberal and that they could receive these benefits in Colorado even though they were not eligible for them in the states where they lived, said district attorney spokeswoman Pam Russell.

Email ThisBlogThis!Share to TwitterShare to FacebookShare to Pinterest
Labels: Colorado

I am always glad to see Restition as part of the punishment.

Jeffrey Dan should only be allowed enough money to survive and only to survive. The rest of his earnings - no matter how he make them - should be paid to restitution.

A con artist. Hope he spends every day of the six years in jail.