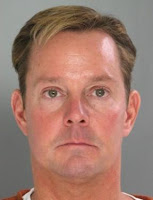 A former Delaware County lawyer who once admitted ripping off disabled veterans has been charged again for stealing money from his clients.

George Guyer Young III, 47, was charged with stealing funds that were due clients.

The charges stem from incidents that occurred between November 2005 through March 2007 in which authorities allege Young was pocketing money that was rightfully owed to his clients.

Lets be a voice to see him held to accountability. There are way to many, so called professionals, that are nothing more than professional thiefs.

Pity the poor taxpayers, but jail time is the only answer for thieves.

Did anyone ever report this attorney to the corrupt disciplinary board, which is at the root of many of the problems in the PA justice system? The people on this board (other attorneys) think it is their job to cover up crimes.

Charged again? See, if there really was punishment for his first offense, he might not have been so bold as to do it again.