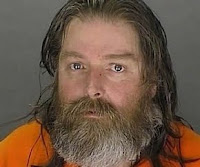 In a case investigators describe as "tragic," a 32-year-old mentally impaired man alleges he was sexually abused by his court-appointed guardian -- a convicted sex offender -- for two years, police say.

Duane Emery Kuerbitz, 49, of Bay City is jailed on first- and third-degree criminal sexual conduct charges in lieu of a $2.5 million bond.

"It's a sad case made even more tragic since our investigation shows he never should have been placed in Kuerbitz's care to begin with, and then no one did anything about his complaints," Oakland County Undersheriff Michael McCabe said.

Court records indicate the alleged victim is mentally impaired and has had a series of guardians since childhood.

Ortiz, who could not be reached for comment, contested the guardian change, citing concerns about Kuerbitz and how her ward "could be easily manipulated," according to court records.

Attorney Steven Geller, appointed in 2007 as guardian ad litem to investigate Kuerbitz's request, was advised of Kuerbitz's sex crimes but still recommended the change after a private interview with the victim.

Email ThisBlogThis!Share to TwitterShare to FacebookShare to Pinterest
Labels: Michigan

Court appointed guardianships are tragic with stories like this, just one of many. There is little to no oversight to these guardians and ligitimate complaints fall on deaf ears. DO NOT allow this to happen to anyone you know!!!

I try not to be judgmental, but this guy looks like an abuser.

What else is there to say?

They knew about this, they are RESPONSIBLE for consequences and I hope there are consequences civil and criminal. Bye bye judge?

My heart goes out to the victim.

A convicted sex offender can be a guardian??? Great system we have. Shouldn't the judge be disciplined for this

Note: The following comment was cleaned up to remove foul, obscene and disgusting language. It was submitted 5/7/10 by "Anonymous":

"All yous XXXXXXXX better leave your XXXXXXX comments to yourself.Duane kuerbitz did nothing wourgto that leying punk.He wanted it more then duane did thats a fact yous are all XXXXXXX.Leave duane the XXXX alone."

I know the Family very well. There are 4 Brothers and 3 are in prison for the same thing. And a good for nothing father who got what was comming to him. He was hit and Killed by a car. "CARMA" He should have never been allowed to be a gardian for anyone. I would not even to leave my dog with him. Why didn't the court do a serious background check on this Monster. This should have never happened. I wish I had known. I sent him to prison for the first 10 years.

We understand the emotions and anger resulting from these types of situations and invite the person who submitted the comment to re-submit it, but without the foul language.

We want everyone to be heard on this blog. Please consider re-submitting your comment.