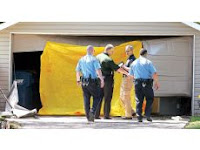 An attorney formerly from Alton was found dead in the garage of his Edwardsville home Thursday morning, the same day he was scheduled for sentencing on a federal mail fraud charge.

Dennis Nalick, 63, was found inside a vehicle in the garage of his home in the 300 block of Jefferson Road. The vehicle was running and the garage was locked, Madison County Coroner Steve Nonn said. 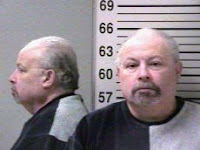 Nalick could have been sentenced to up to 51 months in federal prison. Authorities also had been seeking restitution and an order to take his property if he could not pay the restitution.

Nonn said the case has not been found to be a suicide.

"We don't know that yet; we can't jump to any conclusions," he said.

It sure sounds like his conscience got him. Very sad.

bold enough to steal from the vulnerable

not bold enough to face the music

Unfortunately, this atty was in the position to share his strategies and those of other colleagues of his.

Kudos to the prosecutors pursuing him. Please continue in your efforts.

The Cook County Illinois Probate Courts in the Daley Center are taking teh money from the vulnerable disabled young and elderly alike, as the judges routinely approve the payout of exhorbitant legal and guardian fees. Medicaid Fraud and Abuse are also allowed through OBRA trusts, which place the ward into public aid and preserve the estate for the billing of attorneys and guardian's fees.

Read articles on OBRA accounts, Medicaid, ARDC, Public Guardian, all in the index on the website

I guess this is good news bad news, bad news is he takes his tricks to his grave and good news is his exit saves the taxpayers oodles of money.

Conscience? Are you kidding? It's about his grief over pending punishment he got nailed and he knew his view would be through metal bars the word would be out he screwed over old folks he took the cowards road the easy way out.