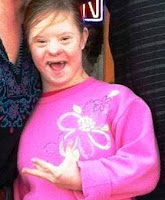 Renate Arnold says she never used her children to help her shoplift.

Never used her 20-year-old daughter, Lisa, to help her become one of the top sellers of The Contributor newspaper.

She did not leave Lisa, who has Down syndrome, sitting in a soiled diaper, alongside traffic, in the cold. She did not make her kiss homeless men. No abuse, no neglect.

Rather, she says she is being picked on by a group of nosy strangers who disapprove of her lifestyle and the way she raises her children. She has fired two attorneys for not doing enough to get Lisa back in her care.

Now, she is suing Davidson County Probate Judge Randy Kennedy, claiming he, too, is keeping her from her daughter and best friend. The formerly homeless woman, who now is representing herself in court, says the judge did not respond to a motion in the time she says is required by law.

Now, Kennedy has recused himself from the case. Lisa Arnold, who has the mental capacity of a 3-year-old, will be left in the temporary custody of Belinda Mitchell, a caseworker with The Arc of Davidson County, a nonprofit that helps the disabled, until another judge is appointed on the case. No hearings have been set.

Finally some justice. I pray that this is the end of Kennedy. Thank you Danny Tate for supporting the victims of his court.

One down and a few more thousand to go. I pray jusice will be served in Chemung County, and Cook County and the state of Florida very soon.

Kennedy recused himself? This is an absolute first!

Those two cases are enough to show that Randy Kennedy is not protecting wards of the state.

Oh well, sucks to be Randy Kennedy what more can be said except it could not happen to a nicer, and more deserving, guy.

BTW --- watch this one for the judicial immunity issue...very doubtful he will have any

I am glad to see a probate judge on the hotseat. I know there are good ones out there, but far too many are like Randy Kennedy. They sit on their thrones and treat people like dirt. I don't know if they're just unhappy with their own lives or what it is, but real people stand before them with real issues and judges cater to the lawyers instead of the human beings....

I wish, I wish, I wish Judge Kennedy would have the guts to post a comment here of how it feels to know that all eyes are upon him now and we the public are waiting for him to be held accountable for the several cases we know of that he pandered to the lawyers and guardians instead of protecting the wards.

I will never forget how he admonished Danny Tate for not thanking his brother for his "service" as the whole room sat in utter disbelief that Kennedy could say such an outrageous thing considering David Tate's "service" was to try to kill his brother financially and harm him emotionally in any way he could; and that Kennedy rubber stamped it all.

How are you feeling now, Judge?

this story was listed on the TN Bar Association daily online newsletter.

I should say for the benefit of those reading here --- the headline of the article is a bit misleading.
Judge Kennedy was sued for not "acting instanter" [immediately] when presented with a writ of habeas corpus, and, for not issuing the writ when properly applied for.

TN Code 29-21-108 states that a judge can be sued for damages, for the above breaches of duty to act. The statute is a mandate and there is no judicial discretion in the matter. The act is ministerial as is the duty. There will be no judicial immunnity.

The TN code is likewise clear, this is a "misdomeanor of office".

Is there justice??? Guess we are about to find out, I like to believe there is ....

Lisa Arnold needs her mother and the court should see that she gets her mother.

It would be great if the Department of Justice steps in .....is it correct that Danny is still a ward. After his testimony in Washington you would think the Department of Justice would of demanded that Conservatorship was vacated ....... they would of demanded Tim's was vacated and Matthew's .and full investigations into the matters in TN, Indiana and NJ .......

I hope the outcome of all of this is that the girl gets to be with her mother.

I pray for justice in this case for Lisa.

I think of all judges having enormous egos. Kennedy recusing himself had to have hurt his ego in the worst way.

But, he brought it on himself. He didn't act on the motion and thought he'd get away with it.

Lies submitted into the court record are a common occurrence in Cook County (Chicago), IL.

In attempts to remove family members as guardians so the court vultures can acquire the wards as clients for their own private guardianship companies or law practices, it is common to see lies entered into the court record.

Review of records revealed that family members have been referred to as "Freddy Krueger type", and as "The slovenly one".

The family members do not have opportunity to respond to these comments, and are often not even aware that this is being entered into court record.

A review of cases of Pamela Chwala and Miriam Solo will show what is occurring.