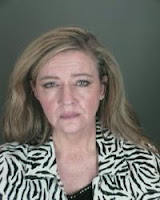 A jury was unable to reach a unanimous verdict in the trial of a woman accused of trying to swindle an elderly Boulder man into leaving much of his nearly $1 million estate to her.

A 12-person jury spent seven hours deliberating the case against Julianna Rigby, 50, of Fort Collins. Rigby was facing one count of attempted theft after prosecutors say she befriended retired University of Colorado professor Louis Hall and tried to manipulate him into changing his will before he died in 2011 at the age of 93.

The jury voted 9-2 in favor of conviction, with one undecided juror. The result was a mistrial.

Email ThisBlogThis!Share to TwitterShare to FacebookShare to Pinterest
Labels: Colorado, Will

That's interesting. You'd think it would be easy to either prove or disprove.

Boulder County is obviously out trying to make a name for themselves. If I were and elderly person living in Boulder County Colorado I would move out of the county and never look back!!! I believe the county is trying to make a name for themselves and is using this woman as a scapegoat!! The guy died what three months after the county removed Ms Rigby? Seems to me that Ms Rigby was helping him and making the man happy. Who is Boulder County to decide what this man wanted in his last days or what/where he wanted his house and money to go to?? The residents of Boulder County should be very concerned this is going on. Boulder County Adult Protection does not look to protect the elderly - I know. The facts are black & white if one lives with another person for a period of time. Yet, the County or Police and friends oh and the supposed family that is going to lose out on a big sum of money step in where it is none of their business and make waves such as in this case. Poor guy the county took away his only enjoyment in life yet in an article someone stated this man died happy or something along those lines. Bet no one asked him what made him happy. The man in question did not seek out help and I don't see anywhere that this guy was in danger from Ms Rigby. Stay out of the lives of elderly that seem to have managed just fine until some busy body comes along with no life looking to be a hero? Not in this case as far one call tell and to think the DA is going to retry this woman is nuts and a waste of taxpayer funds. Oh but Boulder has unlimited funds I guess to pursue a case that in my opinion was never a case to begin with. Good Luck Ms Rigby I am praying for an aquital for the next trial.