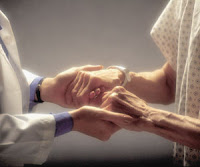 In general, ch. 51 allows a county to petition for involuntary commitment of persons with mental disorders or illnesses, developmental disabilities, or alcohol or drug problems.

Helen, who suffers from Alzheimer’s disease and had been living in a nursing home, began exhibiting aggressive behavior toward caregivers. She was eventually transported to an emergency room for medical treatment, resulting in the petition for involuntary commitment.

Ultimately, a circuit court granted the county’s petition for involuntary commitment under ch. 51, which would allow the county to place Helen in a psychiatric unit, initially for up to six months, and administer psychotropic medication if deemed necessary to treat her.

Unfortunately, person with Alzheimer's or dementia or whatever senility is called these days are easy targtets.