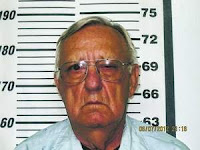 Eight years ago a Tennessee chancery court judge concluded a mentally disabled couple needed a court-appointed conservator because they couldn’t take care of their most basic needs.

Now the family friend given control over every aspect of their lives stands charged with rape by an authority figure, three counts of sexual battery and theft of more than $60,000.

Those charges were filed last month in a criminal case in Clay County Circuit Court against Walter Strong, 66, of Celina. Strong was released on bail and is scheduled to appear in court on Aug. 14. Asked if his client would be entering a not guilty plea, Strong’s attorney Jack Lowery said, “absolutely,” but declined further comment.

The charges come at a time when conservatorships are under increased scrutiny in Tennessee, prompting the General Assembly to pass a new law requiring increased disclosure by those seeking to place a person under the control of a conservator. A legislative panel is set to consider additional changes over the summer.

In a separate civil suit filed in U.S. District Court, Craig Fickling, the attorney for the couple, has charged that Strong treated the couple’s funds “as if they were his own,” embezzled just under $100,000 and coerced the woman into performing sexual intercourse.

The Tennessean does not name victims of sexual abuse.

Court records show that the couple were placed in the conservatorship on Aug. 19, 2004, by now-retired Judge Vernon Neal when Strong and a now-deceased sister of the woman filed a petition in Clay County Chancery Court. According to the suit, the wife was born with a mental disability and the husband suffered a traumatic brain injury in 1994.

This is shocking and appalling. And another example of no oversight from the court.

Terrified of getting old said...

WHERE ARE THE TENNESSEE LEGISLATORS? Is anybody making a formal statement about this incident?

If the victim was a child all hell would break loose.

This is an example of the absolute power of the conservator over an adult.

A full blown independent investigation is demanded to discover who new what, when and what if anything they did about it.

More people must be charged for allowing and enabling this disgusting person with a criminal mind to continue his reign of terror.

And where the heck was the judge who should have been giving oversight to this case?

A full blown investigation of retired judge Vernon Neal and the judge who replaced him is certainly in order. I agree with Anonymous.

May Walter Strong of Celina spend his after life in flames.

At least, it's gratifying to know that: "The charges come at a time when conservatorships are under increased scrutiny in Tennessee. . ."

It's going to be interesting to see how far criminal charges against conservator Walter Strong go in this case, given that court-appointed guardians currently enjoy immunity for their actions.

Just how much immunity do they get?