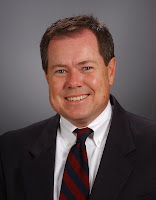 A Quincy lawyer has been disbarred by the Illinois Supreme Court as a result of a complaint to the Illinois Attorney Registration and Discipline Commission.


Devin Cashman, 53, was disbarred on consent. Cashman had been licensed to practice in Illinois since November 1984 and is a partner in his own firm in Quincy.
According to a report posted on the ARDC website, Cashman "misappropriated funds from three clients, including the executors of two probate estates. He also presented a report to a count in one of the probate manners where he falsely stated that estate assets had been distributed to persons entitled to receive them under the decendent's (sic) will."
Peter Roskoff, chief of litigation for the ARDC, said Cashman will not be allowed to practice law in Illinois for at least three years from his disbarment date, which was Sept. 17.
"Reinstatement is not automatic," Roskoff said. "Most people who are disbarred are never reinstated."
The initial complaint against Cashman alleged that he took nearly $200,000 from a client trust bank account without authorization for personal ad business uses and that he didn't show up at a hearing concerning the allegations to make a sworn statement.
Full Article and Source:
Quincy lawyer Cashman disbarred by Illinois Supreme Court

It seems more lawyers are stealing from their clients now days. Aren't their prices high enough to give them a good income?

OK, here's an example of ARDC doing its job. Lawyers should be disbarred for theft. You bet they should.

But, why is ARDC all over attorney Ken Ditkowsky? Who did he steal from? The answer is clear - he stole from no one. All he did was stand up and advocate for a ward, Mary Sykes, who is trapped in an unlawful guardianship.

Thank you, NASGA, for posting this story as it gives me yet another opportunity to sound off about the way the IL ARDC is treating Ken Ditkowsky - a truly honorable attorney!

Ken Ditkowsky ARDC target for reporting other lawyer misconduct, as required he do, by Rules!

LOVE OF MONEY = GREED. This sneaky lawyer needs to get a real ***** job get his pretty hands dirty and bruised welcome to the real world - we need to bring back the Scarlet Letter branding crooks so others can see them coming. I hope he loses all he owns oh wait he will or probably has filed bankruptcy anybody have info on that? Yeah, interesting to bring up Ken Ditkowsky who did not profit in fact it's a good presumption he lost financially out of his own pocket for what? For following his conscience and his heart? Come on IL ARDC we the taxpayers of IL need to at least see the appearance of an agency that is not corrupt. I am one of those Illinois taxpayers and I do have standing and rights to speak my piece.

Apparently, Ken Ditkowsky read the Illinois Rules of Professional Conduct and complied with Rule 8.3"REPORTING PROFESSIONAL MISCONDUCT
(a) A lawyer who knows that another lawyer has committed a violation of Rule 8.4(b) or Rule 8.4(c) shall inform the appropriate professional authority."

And for this he gets punished?

Whatever happened to free speech?
Does your bar license come with a gag?

The ARDC protects lawyers in Cook County who exploit the elderly disabled. I reported 3 attorneys who colluded in a scam against my loved one, and they all got off the hook...despite emails and transcripts which clearly illustrate the wrong doing.

Then Ken Ditkoswky is going through you know what with the ARDC because he has spoken up against the wrong doing which is rampant in Cook County.

Seems someone at the ARDC desk in Chicago should be investigated....

Another Graylord tyoe investigation is overdue....WHO IS BEING PROTECTED??? AND WHY???

All lawyers that have a lot of money (a license to steal) are rich.