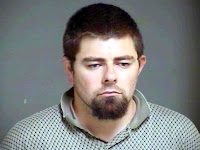 Police charged Cassimer Brian, 27, with sexual assaults on two people who were mentally or physically unable to consent or resist in a nursing home in Lebanon. The nursing home and authorities investigated the offense after another employee said they witnessed inappropriate behavior.

It's the sickest of the sick...