"Another Victim of Franchina and Giordano, PC"

It seems that my Mom, Dorothy Wilson, was not the only one kidnapped by Mary Giordano, of the law firm of Franchina and Giordano in Garden City, NY!! AND Judge Joel Asarch was the judge in this case as well, along with Anne Recht as the geriatric “care” manager! How many other victims are out there?

This is what I was told by Kevin, Richard Maas’s grandson: 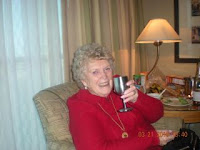 I'm sorry there is another victim, but I'm glad this victim has come out!

If Mary Giordano did it to your Mom, Diane, she did it to others.

Exposing her is the only way to stop her!

Praying for your success, Diane. And I love that picture of your Mom!

Thank you Norma! She was a beautiful lady. She did not deserve what happened to her and neither did Richard Maas. Kevin has told me many other shocking details of his grandfather's guardianship under Mary Giordano, the attorney/guardiano with Franchina and Giordano in Garden City, NY. What he and his grandfather went through is horrible. And yes, there are other victims of Mary Giordano, Anne Recht and Judge Asarch. Their stories will be told soon as well. Some people will just do anything for money. I cannot understand how they all live with themselves.

Thank you for becoming an advocate, Diane, and for being a part of NASGA.

The loss of Dorothy Wilson was so unnecessary and so tragic. I know how it feels to have wrongfully lost someone and it's something we'll never recover from. Now the job at hand is to help others and keep them from falling into the trap which held Dorothy prisoner.